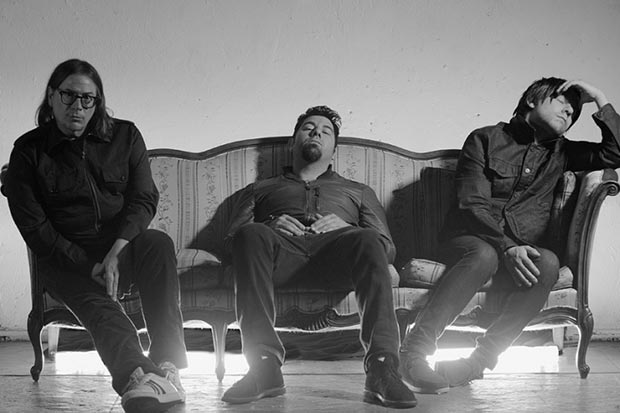 The Skinny: ††† (Crosses) are gearing up for the release of their eagerly anticipated eponymous full-length debut, due out February 11 via Sumerian Records. The 15-track collection features all tracks from the band’s previously released EP† and EP†† alongside five new songs, including “Brilliant” new single “†he Epilogue” which is heating up Modern Rock radio. The band is also now streaming another new track, “Bi†ches Brew,” off the album.

The album will be available to pre-order digitally and physically on November 26, however “†he epilogue” will be released as a single on iTunes and all streaming services on November 11 (in Canada it will be released November 19). The LA-based trio formed in 2011 and quickly earned acclaim following the self-release of two EPs. EP † was declared one of the “Top Free Albums of 2011” by Forbes Magazine and EP †† earned similar acclaim, reaching #8 on Billboard’s Top Heatseeker’s chart.

††† are Chino Moreno (Deftones), Shaun Lopez (Far) and Chuck Doom. Chino, who is known for his distinctive screams and soothing tenor voice when singing melodically describes the project as “minimal and soothing and it’s sort of like the stuff I like listening to when I’m not screaming my head off.” The upcoming album was produced by Shaun Lopez and †††.