Anathema’s current tour of the United States is a triumph in itself. The fact that the band finally made it here for a proper trek was exciting enough: It’s been 21 years since their its debut EP, The Crestfallen, and it’s experienced its share of lineup shuffles. An attempted tour in 2011 went up in smoke after a few shows when headliner Blackfield ended up canceling the endeavor. But Anathema singer/guitarist Vincent Cavanagh isn’t remorseful as he discusses the circumstances backstage at Irving Plaza, mere hours before the band performed its first show ever in New York on September 14th to a sold-out crowd. To him, the failed tour came down to the stars not yet aligning for the U.K. band. “You gotta look at everything with a positivity,” he says cheerfully. “I think the fact is the band’s sounding better these days. We’re got more songs, new songs, and it’s a couple of years later, but the shows are better.”

Anyone who can’t catch Anathema on the road now can witness how it sounds live on its latest project, Universal. The CD/DVD package was filmed in Bulgaria with the Plovdiv Philharmonic Orchestra, using the ancient Roman theater of Philippolis from the first century A.D. as a dramatic backdrop. The intense months preparation to make it go off was challenging—the orchestration had to be rescored to accommodate a larger orchestra than the one Anathema used on its last few records, and new scores needed to be written for material that hadn’t been recorded with any string arrangements. And that’s just as far as the music was concerned.

Check out the song “Thin Air”

“We just turned up on the day, we practiced three times with the orchestra, and they basically sight read and we ironed out any creases on the day [of the show], so musically it’s a big challenge,” he recalls. “But also production-wise, the actual production on the day was huge. The lighting and stage planning was done months in advance. You had a bunch of people working very, very hard for months on this thing. The tour crew, it was more than 100 people working on the concert on the day. It costs more to do that than it would to do a regular album and it’s just a one-night thing, so you gotta get it right.

“Also it was the first night of the tour,” he continues. “Usually you try to do a warm-up, but we had no chance for that. We just had to hit it straight the first night so we did a lot of preparation ourselves, a lot of rehearsal and we were ready. And we did it. It was great. Superb moment.”

PureGrainAudio recently chatted with Cavanagh further about touring the country and what lies ahead musically for the band. 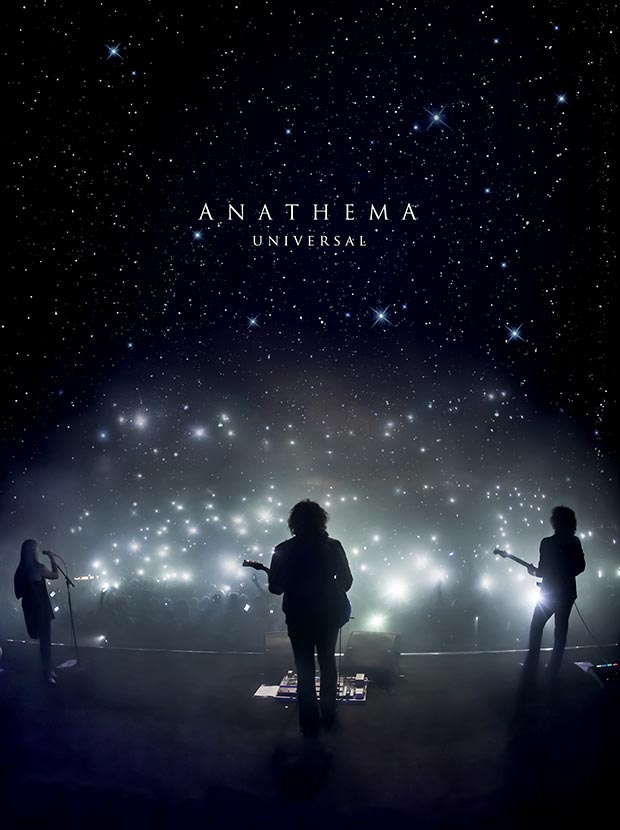 Has Anathema been making a concerted effort to reach the States or were you trying to be like, “If it happens, it happens”?
Vincent: The last few years we’ve had an American manager, so obviously the focus has been to get the band over, but it’s always got to be the right package. We’ve been actually very busy making records and doing what we do and we’ve been touring in Europe, so just finding the right circumstances for everything to come together at the right time, that was part of it. But other than that, personally, we stay out of those kind of issues, dealing with promotion and the issues that you might face with bringing a band over to tour America, that’s not really our job. We’re the musicians. That’s more of a job of the agents and the manager to promote us.

Everybody was saying it’s kind of a Catch-22, because if you don’t come over here to play than you can’t really promote your record, [but] then you’re not going to get the promotion for your record because you can’t come over to tour. It’s really very important that you do. So to come over now, which is kind of on our own terms, has been amazing really and we’ve hit it at the right time. It’s a really cool beginning… everything fell into place at the right moment. Like I said, it’s just the beginning now and you can tell there’s an energy and a momentum behind the band in America at the moment that’s just starting.

Check out the song “A Natural Disaster”

When it comes to your audience, do you think it has increased because of social networking?
Vincent: I think the Internet has definitely opened things up for us. Because if you can’t get the records in the store then you can certainly get them online and people can swap things backwards and forwards so it’s definitely opened a lot of things for us, not just in America but worldwide. We’ve never been to Australia or Japan, for example, but I dare say if we go there it’s gonna be a similar thing: We’re going to find out we have a following we don’t actually know about, so I guess that’s really very cool. You also need the other side of things as well. You do need the mechanism to promote your band to make sure your name gets out there.

Considering how the band’s music has evolved, do you see fans responding to the music you do now differently than the music you did before? The music you did before was doomy and darker.
Vincent: Well, we still do a lot of dark stuff now. The difference is now we show the light as well as the dark. In the past it was all dark. but now we show I guess more honest sides of who we are. Because during all of that time when we were kids and we were making the first records, we were quite funny kids and always having a laugh, and come offstage and listen to the Beatles all the time. We’re playing Beatles songs before we go on, on the guitars, and then we go on, we play this doomy stuff, and then get offstage and play the Beatles again….

You just become more honest at time goes on. It think it’s one of the things about growing up. You chip away the layers of your personality, of your façade, especially like young working-class males from the north of England. You kind of have a strength to show, you don’t want to show any weakness… there’s a lot of pent-up things that you’re feeling that you want to get out at that point as well, so it kind of goes hand and hand with that and your adolescence. But then of course as you realize that you don’t really have very many things to worry about, if you’re OK, if you’re very secure, then you can start to be yourself and at that point other sides of your music comes out. That’s the most revealing way I can put it. I mean, obviously, there’s a depth to that that’s always there, whether we’re expressing anything in our songs, there’s always depth there, there’s always real experience that goes behind it.

Now, as far as how people respond, I guess the people that were into the earlier stuff are still into the band now. A lot of them are. And we’re still seeing a lot of those guys who are really gettin’ off on what we’re doing now, so that’s really cool. It shows that people are open-minded. And then we’ve got a whole load of new fans as well and the last couple of records as well, which is great. It’s quite intense really, one of our shows, because we do put you through the mill. [laughs]

Check out the song “Closer”

What song fromWeather Systems or We’re Here Because We’re Here would you say best encapsulates where the band is right now, if that’s even possible?
Vincent: I don’t think there really is, because the band’s already moved on. Weather Systems and We’re Here Because We’re Here are quite linked, and you can definitely tell those two records are a bit connected somehow. But the next one I don’t think is. And we’re already at that phase now, so where we are now is, I don’t think there’s anything that I can give to you that would be an indication of where we’re goin’. [laughs]

Do you have an idea where you’re not going?
Vincent: Yeah. Backwards. We never repeat ourselves and we never get comfortable. It’s one of the things that’s part of the curiosity of this band, part of why people enjoy what we’re doin’, because they don’t really know what we’re gonna do next. Like they say, “Oh, they’ve done another album? Really? OK, I’ve gotta check this out,” because they know it’s not gonna be like the last one, so that’s just the way we have to do it.

But you see, we see that as song to song. It’s like one day you’ve composed something that might be completely different to something you compose the next day and the two opposite ends of the musical spectrum, but then it’s the same person composing it within each of the two days, so how do you genre-fy that person or what that person’s doin’? You can’t really, can ya? So you shouldn’t, and that’s the way we see it. But of course when you make an album it’s just like a time capsule at that point. Bam, it’s out there and it’s everybody else’s. It’s not yours anymore, it’s everybody else’s and let everybody put whatever tags on it and think whatever they want of it, and that’s fine. You can have it, it’s yours now. But we’ve already moved on and we’re already doing the next thing. 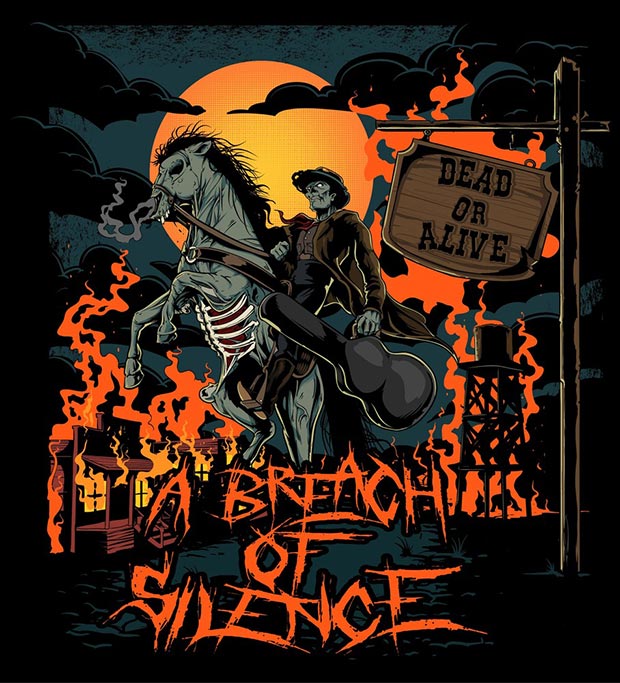 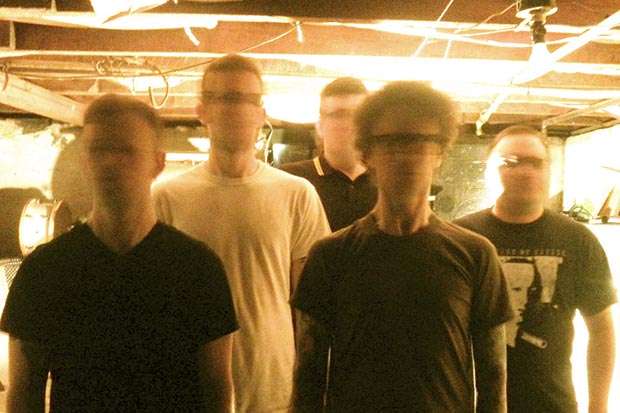 BraidedVeins – “The Nature Cruise of the Century!” [YouTube Song Stream]