Welcome to part 2 of our ongoing coverage of Heaven’s Basement current major North American tour with The Pretty Reckless which will see the bands playing until November 11th before heading off to tour in the UK. Heaven’s Basement recently wrapped a headlining tour of the UK, including a sold-out show at London’s The 100 club. Heaven’s Basement’s latest album Filthy Empire has been performing extremely well, including the hit song “Fire, Fire” which was a top 20 song on the Active Rock charts. Check out what vocalist Aaron Buchanan had to say about the current tour! 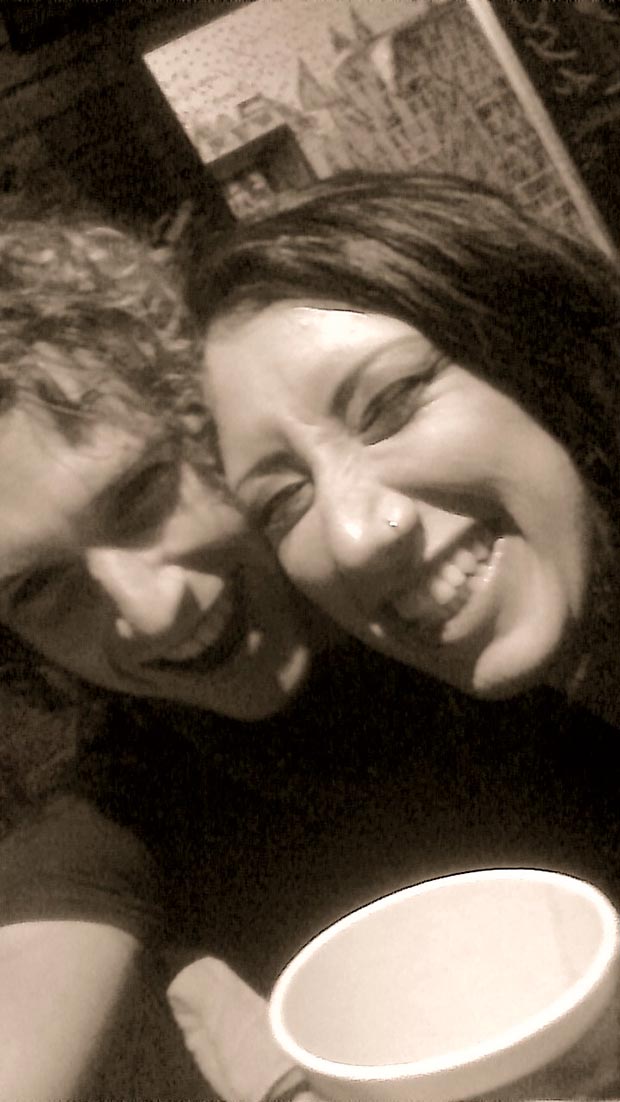 HOUSTON: We had befriended the Russian first support Louna by this point and I went down to catch their set – they slayed it, I had been winding Lou (singer) up about most of the tour about being crazy motherfuckers from hell – we get along well, they’re a solid band and they’re a good hang. We hit the stage at 8.15 sharp. 15 minute change overs are a nightmare but we’ve been on the road so long now that our crew can practically wire up with their eyes closed and hands tied, the audience were brewing and the lights went down. An outwards eruption of screams filled the room and we clinked hands as we walked onstage. I didn’t know what to expect, but song after song, the audience got more and more amped… It was very reminiscent of a home show. I got down in that audience throughout “Jump Back” and managed to walk the breadth of that ginormous venue on peoples heads and hands – It was a great night. We’ve enjoyed snatching new fans on this tour – we came out here on a mission and it feels complete when we walk offstage to the same raw that the headliners walk onto. 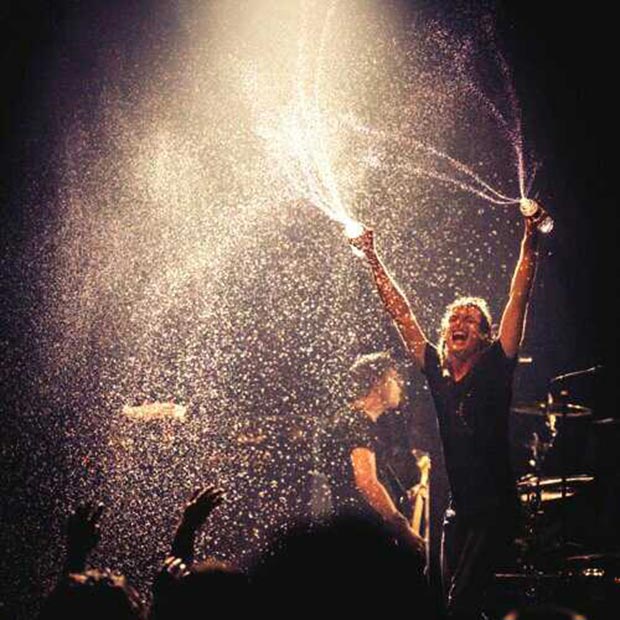 Next up was Austin, The Parish. A pokey little club, the kind of place this band cut its teeth on. It was a total sell out, so the cards were on the table: Make this the sweatiest, filth ridden show of the tour so far. We played hard that night, really hard. There were parts of that set where my diaphragm felt like it was going to give birth to its self – but that’s kinda the way I like it. If I hurt when I walk offstage, I feel good about it. The show is the thing that can never be sacrificed if you want to capture an excitable and fearless audience. I look at live videos of Rage Against The Machine, Aerosmith, Zeppelin and of course, Queen at Wemberly ’86. All those frontmen, especially Freddie knew how to capture their audience from the off. This is the one thing I want to achieve. I want to give people a memory and something to talk about. 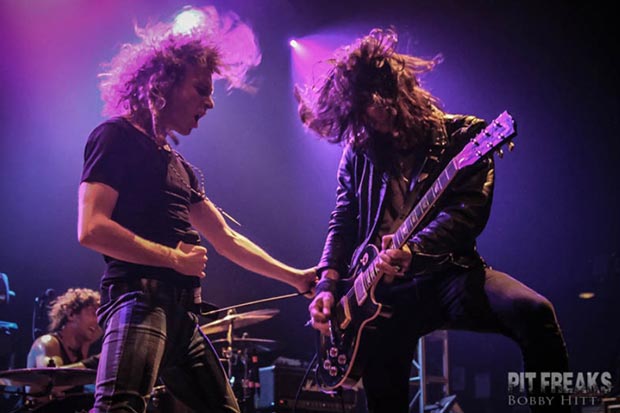 “Thin Lizzy on steroids” isn’t something I ever thought that I would ever hear Heaven’s Basement be described as. But when it comes from the mouth of Vinnie Paul, you take it and grin hard. It was October 4th and the best venue yet. Dallas House Of Blues. I knew this show was going to be really good, the venue held a great vibe, it was a ridiculously oversize stage and again, everything about it was ‘House Of Blues style perfect’. By the end of the set we were so hot steam was coming off our skin, those are the best shows, I always think of it as the soul burning its way out into the open, if you don’t sweat, you’re not doing your job. As we walked offstage I dried off and headed straight down to the merch a couple of minutes or so before the other guys… I had a feeling it was going to be mental down there, but as I opened the door behind the merch booth the place just erupted. An absolute deafening scream of people that had watched us, and wanted to meet us. It was warming. 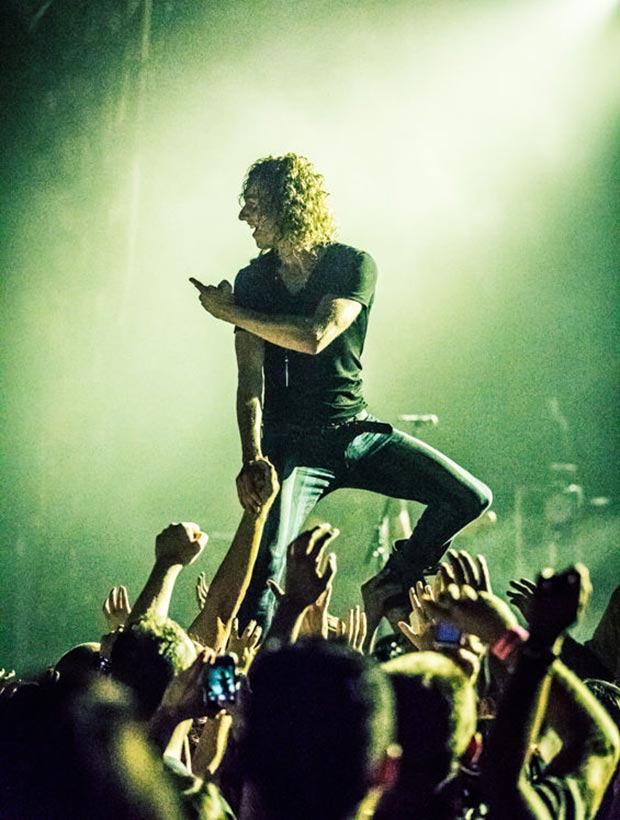 San Antonio. Incredible food, so much food that I ate myself into oblivion and was nearly sick onstage. Enough said! 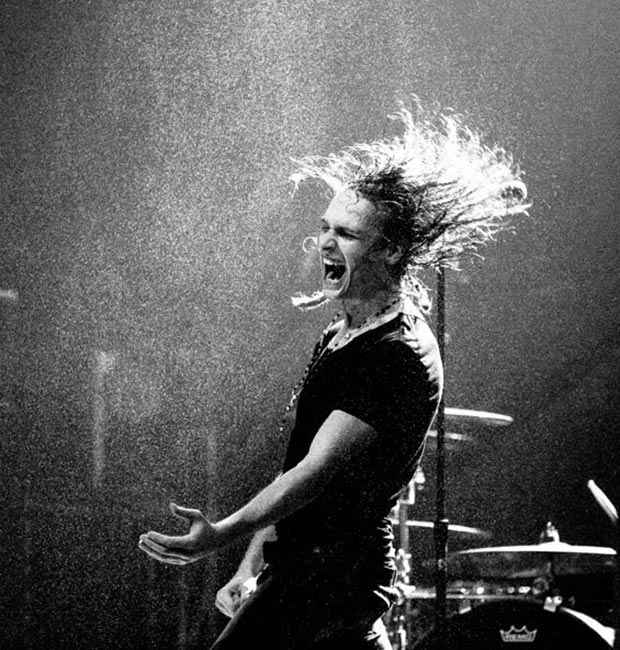 Scottsdale, Arizona. I felt an incredible sense of duty to leave that audience with nothing but good things to say about us and from song one each of us made sure we harnessed our six inches of stage space with as much soul as possible. I don’t like leaving venues empty handed. Leaving an audience with a good memory is my trophy. It’s what I go out there to do. Heaven’s Basement does this thing because we believe in giving people a real show, no backing tracks, no bollocks, just a straight up, unpredictable, loud, proud and quality rock show. 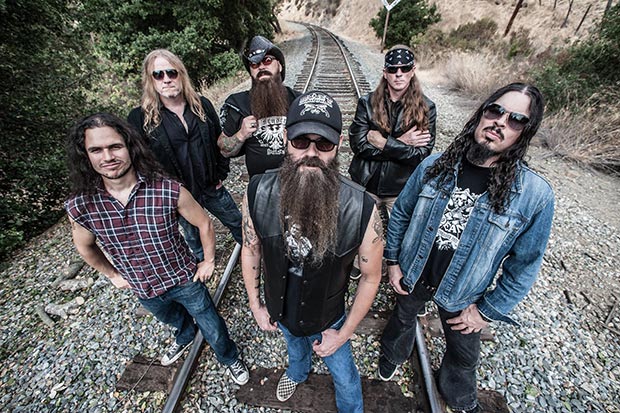