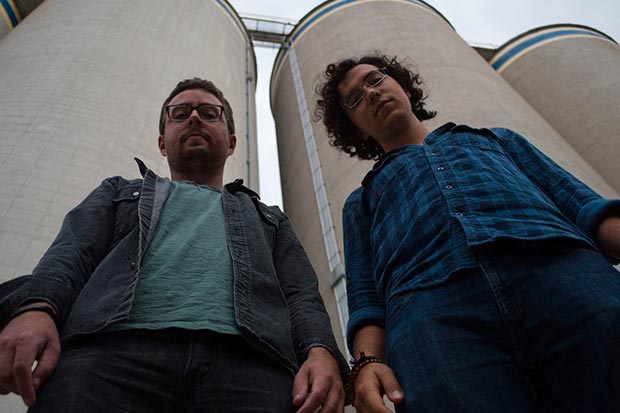 Boston, Massachusetts-based rock duo Yellabird is one hell of a band. Comprised of vocalist/guitarist Martin Stubbs and drummer is Felipe Gaviria, Yellabird just plain rocks as evidenced by their massive-sounding EP Little Brother which dropped on August 29, 2013. The new disc was recorded, mixed, and mastered at Q Division Studios in Somerville, Massachusetts and was mastered by Mike Quinn with artwork coming from Robert Parks. With a underlying Bluesy/Southern vibe, the fuzzed-out guitars soar in a stoner rock-ish manner that’s just plain groovy. Check out the exclusive album track-by-track we got from Martin himself.

“This Old War”:
The main riff for this track came from a riff-rock EP Felipe and I were putting together before forming Yellabird. It was one of the first songs we adapted to fit the two-piece lineup. The song originally chugged like a Thin Lizzy track, probably something you’d find as a b-side on Jailbreak. I adjusted the way the chords were accented in the verses to what I thought was a more two-piece friendly delivery. We finished the track not long after releasing Mountainosaurus and it’s been part of our live set ever since. I ultimately decided to place it first on the EP as it’s short, hits hard right off the bat, and has a big chorus. It’s definitely the most “stoner-rock” track on the EP, but it’s also the most radio-friendly, which I think is a cool combination. I’m not sure where I got the concept for the lyrics on this one, but they’re meant to paint the picture of a nation getting wrapped up in and eventually gaining its identity from a constant state of war.

Check out the album ‘Little Brother’

“Darlin, Sugar”:
This track started off as a blues jam in drop C. I was messing around with lower tunings and wound up jamming the main riff over and over again on my own. Felipe and I both really like the main guitar line and arranged the rest of the song from there. We have two versions of the song released – one from our Live @ The Barn video performance series (with Felipe on drums), the other on the Little Brother EP (with Ben Hughes on drums). The two versions have distinctly different flavors, as Felipe and Ben have their own unique approach to the song, something I thought was really cool. All that said, it might be my least favorite track on the EP. Performances aside, the song just doesn’t grab me as much as the others.

“Breather”:
“Breather” was originally a Middle Eastern-influenced heavy guitar track. We had a big riff for the chorus that I cherry picked from our early recordings and a raucous verse to go with it. We performed it a lot in late 2012 – hands down one of my favorite songs to perform live (long guitar solo, need I say more?). One night in early January 2013, I was jamming around on it with my acoustic and landed on this really cool pitch-harmonic that I couldn’t get out of my head. It reminded me a lot of Nick Drake’s playing on “Pink Moon”, and I think that’s where I got the idea to convert it into an acoustic track. I recorded a rough demo of it with my phone and worked with it from there. I wound up keeping the original verse melody, but changed up the lyrics and added a different chorus. The instrumental tracks on the recording are all one take, recorded live in the same room. Ben Hughes, our fill-in drummer for the EP is playing percussion on an acoustic guitar with his hands and a tambourine with his foot. We were a little limited in mixing, as the guitar and drum mics bled together, but I think ultimately it gives the track a really cool vibe. 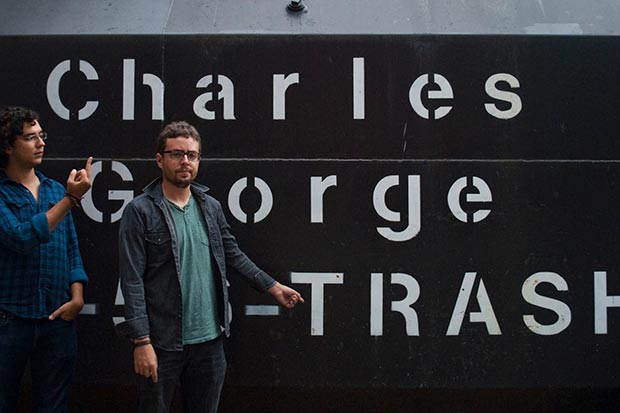 “Johnny Law”:
I had the chorus riff for this track in my back pocket for around 5 years. I wrote it for another band I played with in college, which leaned more towards psych-rock. I started messing around with it again for Yellabird material and wound up combining it with another riff (which you can hear in the verses) to complete the song. Felipe and I hashed the rest out over a couple of practice sessions. On the recording, we really wanted to give the drums the John Bonham sound, which is why you’ll hear lots of the room mics in the mix. Also, if you listen closely enough, you’ll hear the squeaking of the kick drum pedal, something we may have ripped off from the recording of “Since I’ve Been Loving You” (although I doubt Zeppelin’s version was intentional). The verses for this song are one of my favorites to sing live – it’s in a really good range for my voice and there’s lots of room for interpretation on the rhythm and delivery.

“Little Brother”:
Although it would seem that fans aren’t as drawn to this one, it’s without a doubt my favorite song on the EP. I wrote the verse and chorus riffs and melody in late 2012. I showed Ben some of the ideas for the song while we were rehearsing for the first studio sessions, and we finished arranging it from there. Ben had the idea to draw the bridge out, slowly building toward a big finish so I decided to use layered vocal lines to help us accomplish this. There are over 15 vocal tracks at the end of the song with all of the harmonies, including the additional lines we added to the final chorus. I wrote the each harmony as we recorded, which drew out the recording process. Mixing was also a challenge, as we had to focus and properly layer each vocal track. All in all, the hard work paid off.