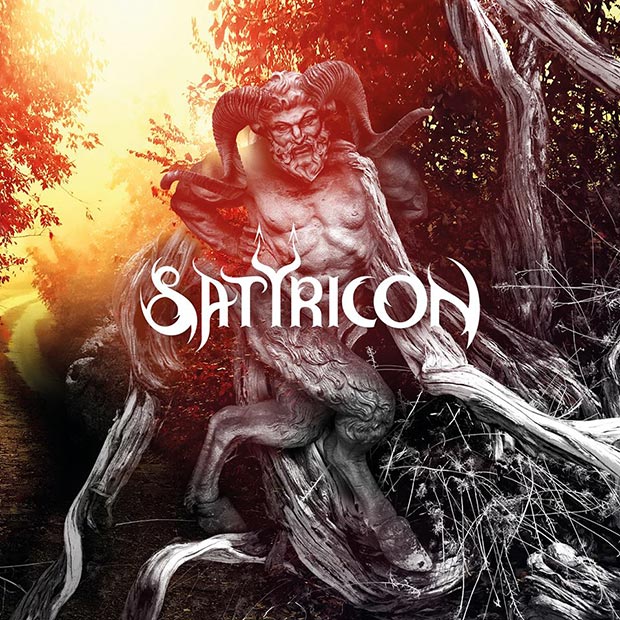 Self-titled albums are almost always never a good sign, and with the release of Satyricon’s ninth full-length album, this tenet is proven correct once again. It’s true that Satyricon has become another one of those Norwegian black metal veterans who fell into the shoegazy clutches of post-black metal. But make no mistake; that in itself isn’t a crime worthy of death by inverted crucifixion. What’s wrong with this new album is its failure to do what frontman Satyr claimed in a press release statement: “There are a lot of surprises here, but I think it’s gonna be a record that’s gonna help the black metal movement perhaps find a new way for the future.”

No, Satyr, just… no. With its markedly atmospheric and mellow sound, Satyricon sounds like a tame deer in comparison to the vile hyenas that were Satyricon’s past albums. This drastic stylistic change may have been a surprise for, perhaps, a grand total of five seconds. It’s definitely different from the kind of music Satyricon used to make, but the band’s virgin attempt at being atmospheric ‘n’ shit is not only forgettable, but also competing against the works of about a hundred other black metal bands out there whom have done this atmospheric post-black metal schizz years before Satyricon. There’s a market for everything, and the oversaturated post-black metal market is one that doesn’t really need Satyricon’s presence to “find a new way for the future.”

Perhaps Satyricon should stick to what it was excellent at doing: making nasty and filthy sonic brews that mangled one’s soul beyond all recognition. A little bit of this old Satyricon can be heard in the form of seventh track “Nekrohaven”, which features a mean and evil groove that wouldn’t have sounded out of place in Volcano (2002) or Now, Diabolical (2006). With all of the above said, however, this record isn’t garbage; it is at the very least listenable and, given time, sounds like something that would grow on you.

By the way, this queer phenomenon of multiple black metal veterans leaping over the fence to make the dreamy land of sleep-inducing tunes and astral vibes their new sonic home probably deserves some academic analysis to figure out why these supposedly conservative pioneers of the most abhorred and socially unacceptable metal sub-genre did what they did. (Which is what unwavering black metal elitists of today would dub “being pretentious” or “stupid hipster shit”.)

Seriously, why do the fire-spitting, three-inch-spikes-wearing badasses whom are revered by these black metal elitists spitting upon and pissing all over those deeply entrenched musical values that they once seemed to hold so dear?

Check out the song “Our World, It Rumbles Tonight”