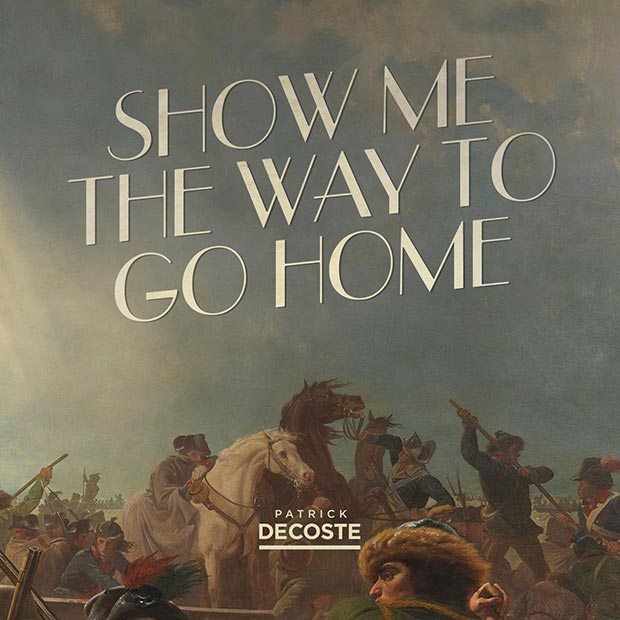 Patrick DeCoste – “Show Me The Way To Go Home”

Show Me The Way To Go Home is the latest instrumental release from guitarist extraordinaire Patrick DeCoste. I have said it before, but I think it is a difficult feat to sustain a record on just your guitar playing alone. If not careful it becomes a self-indulgent vanity project that leaves the listener bored after only a few minutes. This one, for me at least, straddles that fine line.

Let me first say that DeCoste is a guitar wizard; his fret board antics are tasteful and at times downright unbelievable, it is truly amazing what he can make his guitar do. I also really like that he incorporates different styles of playing on this disc. From the heavily blues influenced, “Marvin Berry’s Cousin” to more rocking tunes like “The Dirty South,” this record covers a lot of ground.

On the flip side, even though his playing is undeniably terrific I do not feel that all of the songs on the album are. About half of them seem to just fall flat, never really going anywhere. The title track is a good example of this. I kept waiting for it to do something or go somewhere but in the end it did not.

All is not lost though because there are some really good tracks on here as well and I particularly like the previously mentioned tunes “Marvin Berry’s Cousin” and “The Dirty South.” For me though this album is a mixed bag. There are definitely a few songs I will put on my iPod but the album as a whole falls a bit short for me.

Check out the album ‘Show Me The Way To Go Home’