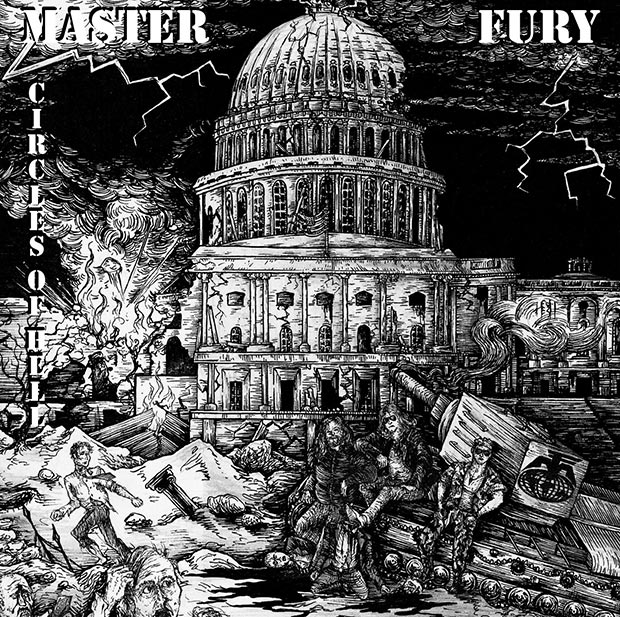 You have to love labels like Contaminated Tones Productions because without them a lot of cool stuff would fall to the wayside and never be released. As of late the label has been slowly but steadily putting out some of the more interesting things in the underground and this release is no exception.

Master Fury is a New Jersey-based thrash metal band that released a couple of albums, split up, and recently reunited. That said, this new release, Circles of Hell, is a compilation of their two previous albums, Hell Party and Circles of Hate, that were released in 88 and 89 respectively.

The band are extremely tight sound-wise with a non-stop, full speed thrash attack. Think Slayer, Overkill, and even early Megadeth and you’ll have an idea of what to expect. The band never let up and the record is a fantastic listen for anyone who’s a fan of 80s-era thrash. The only thing that may be off-putting for some is that production-wise Circles of Hell is quite rough. Most fans of early thrash, however, should be fine with it as most early recordings we love have similar a production value.

Overall this release is a solid, yet raw compilation of two albums by a band who never got the recognition they deserve. Thrash fans owe it to themselves to seek this one out before it goes out of print… because it’s a good listen!

Check out the song “Time Is Right”