The Skinny: Montreal based death metal powerhouse, Kataklysm, have revealed the track list for their highly anticipated upcoming release Waiting for the End to Come, which will be released on October 29th (North America) via Nuclear Blast. Waiting for the End to Come was recorded by guitarist Jean Francois Dagenais and mixed by Zeuss (Suffocation, Hatebreed, Arsis). The artwork by Eliran Kantor (Testament, Hatebreed) will be featured on the deluxe digipak and LP versions of their new album, while the cover art by Peter Sallai (Sabaton) will be featured on the standard jewel case and limited edition cassette tape versions. The brand new track “Kill the Elite” is available for streaming below.

Waiting for the End to Come Digipak and LP Track Listing: 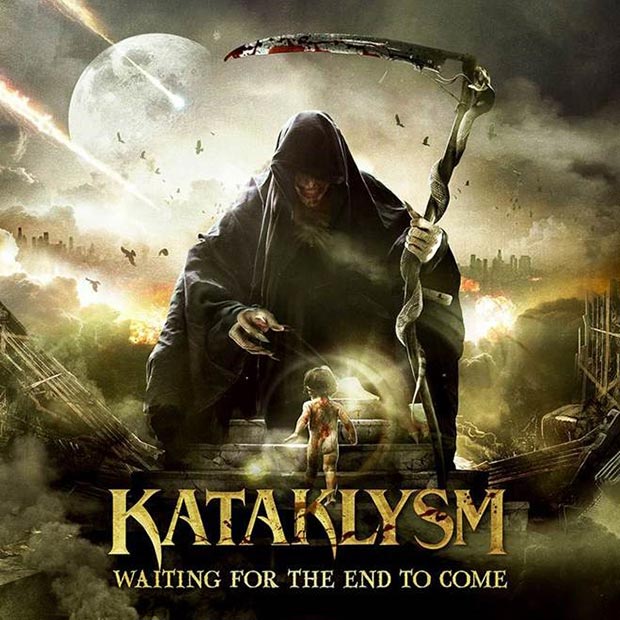