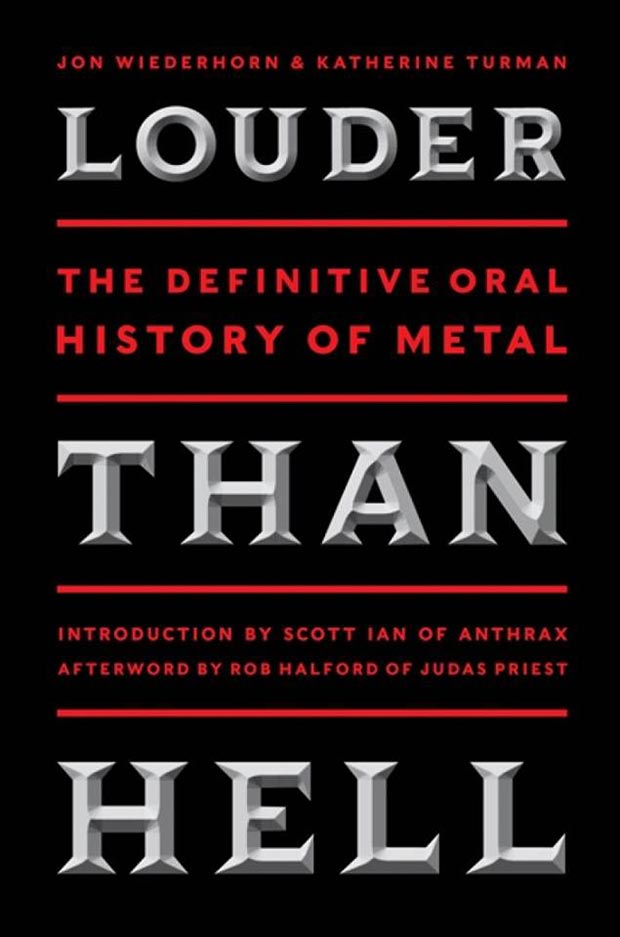 As a lifelong metal head, and someone that has been involved in the scene in one way or another for more than twenty years, I was excited to dig into this book. Authors Jon Wiederhorn and Katherine Turman have done a terrific, if not exhausting, job of chronicling the rise and evolution of the metal scene using quips and comments from the artists in the trenches.

The reader gets an exclusive, detailed, behind-the-scenes look at all the major sub genres of metal; warts and all. All the major highlights are covered, from the genre’s humble beginnings with Black Sabbath to the decadent hedonistic excesses of 80s hair bands to the occultist leanings of the black metal movement, it’s all discussed in sometimes graphic detail.

I really enjoyed the firsthand stories from the artists and I even learned quite a bit along the way. For instance, I had no idea that a concert I attended back in the early 80s at a local movie theatre featuring Raven, Anthrax, and Metallica was a pivotal point in Metallica’s career; it turns out that was the night they were signed to their first record deal and history was made!

This is a terrific read and I think metal fans will enjoy learning about the bands that have shaped and defined the metal genre.