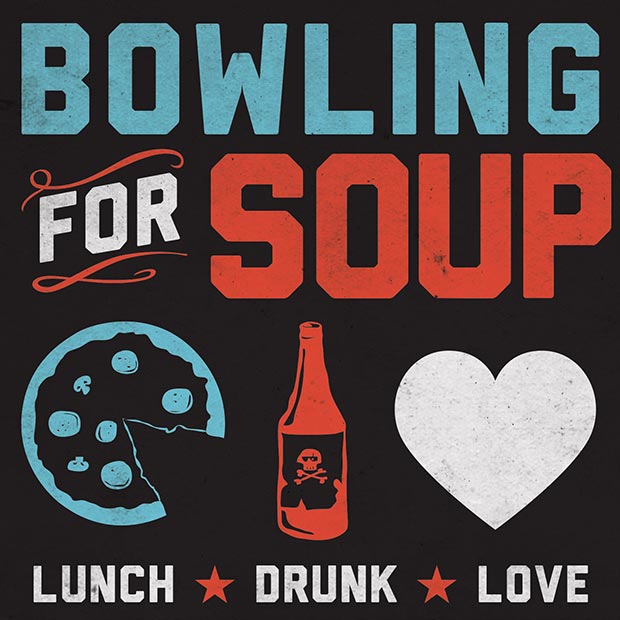 “We’re not here to change the world…” sings Jaret Reddick as Texan pop-punk fools Bowling For Soup prepare to head into their twentieth anniversary with their new album before signing off with a bang and a smile on their faces with a farewell UK tour. It’s kind of ironic then that, with the world ready to lose one of the most fun live bands around, the quartet put out the best album of their career.

Maybe it’s because, after all the knob jokes, goofing about and dumb videos, there is a bittersweet and honest air about the likes of “Critically Disdained” and “Real”. In fact, “Critically Disdained”, the first two and a half minutes of the album, probably sums up the twenty year career of the quartet – “being happy, smiling, drinking, laughing, cussing, not over-thinking” – Reddick sums up twenty years in those eight words. Be honest though, would their fans have wanted anything else? Would they have had one of the most loyal fan bases of any band if they’d changed? Probably not.

It’s not always been smiles though but, along the way, the hard times have been met head on by a band who embrace those experiences with another beer, another tattoo and another rock song. Life experiences and life on the road in one of the most loved pop-punk bands around has given Reddick an encyclopedia of material which in turn has resulted in songs like “How Far Can This Go” while the album closes with “Kevin Weaver”, an emotional finale which sees Reddick ask his mother and father if they “see some good in all of the fucked things I’ve done…”.

So, there we have it, twenty years of happy drunk fun finishes with Reddick pouring his heart out for three and a half minutes of pure emotion. Sure, it may be wrapped around the same old bouncy pop-punk that they’ve lived on for the last twenty years, but you can’t help but wonder if this time it was done with a tear in his eye as one of rock’s most loveable characters signs off. For now.

Check out the song “Real”