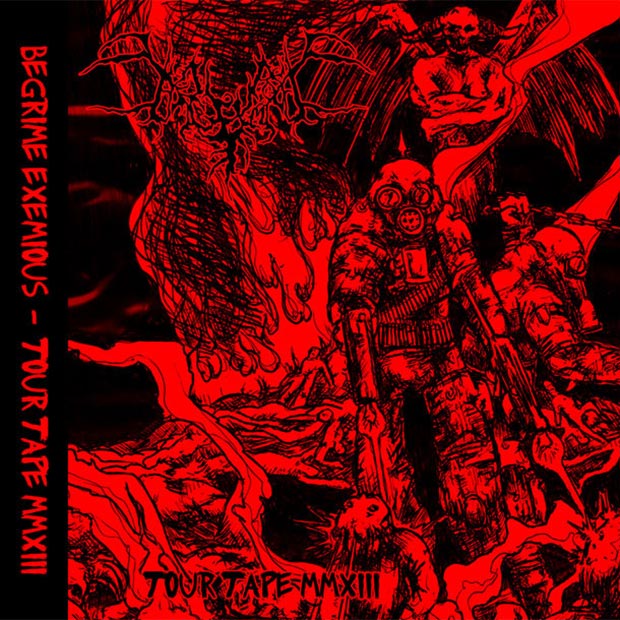 Edmonton’s Begrime Exemious are one of death metal’s best kept secrets. I got into the band about a year ago after being sent a review copy of their last full-length Visions of the Scourge. The group have an awesome sound owing to old school metal, death metal, crust, and black metal equally.

Begrime Exemious have been busy for the past year and in addition to Visions of the Scourge, released a 7″, and this tour tape, specifically for their 2013 Canada/US tour. The Tour Tape MMXIII EP contains re-recordings from their early albums.

While I can’t say how the songs sound now when compared to their originals (I haven’t heard them), I can assert that these new recordings do indeed shred. The vocals sound like a cross between a black metal shriek and a death metal growl which is perfectly suited to the music – fast, loud, and brutal as fuck!

The album is currently available as a free digital download from the band’s Bandcamp page or can be purchased on cassette. Collectors who are thinking about buying the tape would be wise to pick one up ASAP, however, as there are less than 10 copies left! Overall a solid album to tide us over until the band’s next full-length finally appears.