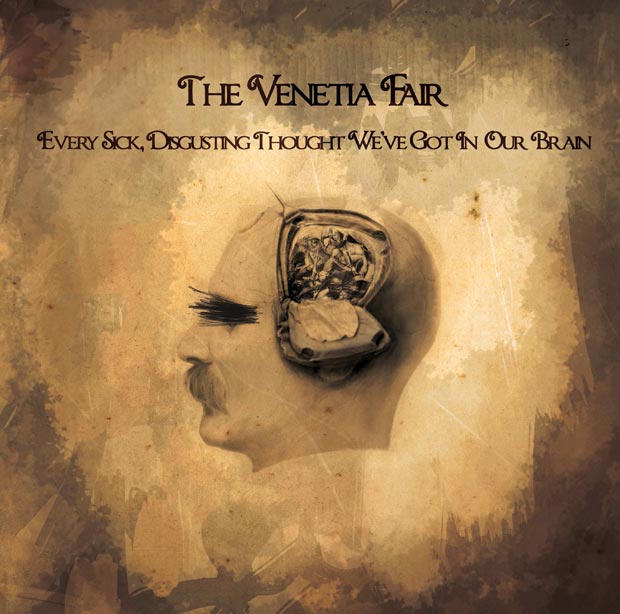 The Venetia Fair – “Every Sick, Disgusting Thought We’ve Got In Our Brain”

Every Sick, Disgusting Thought We’ve Got In Our Brain is easily one of the more unique and creative discs I have had the pleasure of reviewing so far this year. I say “different” because while it does contain many standard post-hardcore/metalcore elements, it also incorporates many other non-traditional elements such as trombones, pianos, and various other horns. The result of this odd pairing is a very dramatic, theatrical kind of vibe that conjured up conflicting images of a heavy metal Broadway musical.

I absolutely dig and applaud the band’s creativity and willingness to step outside of the confines of a genre, but it is a bit of a catch 22 – I think the experimentation also makes the songs a bit more difficult to digest (at least for the average listener). With that being said though, for me, while the songs and album are pretty good, I cannot see myself listening to them on a regular basis. I’m sure I’ll revisit this disc on occasion, but I don’t see this making it into my regular rotation.