Spartacus is the sophomore release from the Roman-inspired technical death metal band ADE. I was not familiar with the group prior to this release and was quite surprised by what I found. ADE is ultra-technical with killer guitar riffage and lots of intricate drumming patterns provided by George Kollias of Nile (that name alone should provide quite a bit of insight as to what you can expect).

This is technical along the lines of a Nile record, but with a bit of a twist; ADE add in traditional ancient Roman instruments and sounds. The melding of the two incredibly different styles makes for an interesting listen. At times I think it works well adding a unique and interesting layer to the mix, while at others though, those breaks seem a bit oddly placed and out of context; a good example can be found in the very first tune, “Betrayer From Thrace.” The great riffs are accentuated by an odd sort of instrumentation that just seems out of place.

All in all Spartacus is a very good death metal album with lots of twists and surprises making it as interesting as it is brutal. I think most fans of the death metal genre will dig what ADE has done here.

01. Betrayer From Thrace
02. Sanguine Pluit in Arena
03. The Endless Runaway
04. Crixius Flags Of Dishonor
05. Duelling The Shadow Of Spartacus
06. Mars Unpredictable Favour
07. Decimate The Coward
08. Six Thousand Crosses
09. Divinitus Victor
10. For Everything To Be The Same

Check out the album ‘Spartacus’ 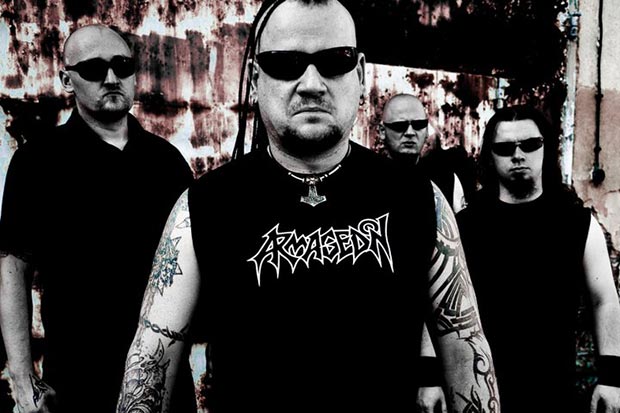