A taste of what’s to come from Grammy-nominated BT’s ninth artist album A Song Across Wires, the effervescent lead single ‘Skylarking’ featured haunting melodies and intricate yet subtle sound design. Although the original stands alone as a modern masterpiece, the tune lends itself to open interpretation and the UK’s Ilan Bluestone and Israel’s Maor Levi have been given the honor of putting their spin on the track. The remix package to ‘Skylarking’ will be released through Armada Music on June 10 exclusively on Beatport, hitting all other portals on June 24.

The official music video for ‘Skylarking’ has premiered today exclusively on House.net. Featuring breathtaking time lapse photography of the Alaskan Aurora, the video pristinely captures the essence of searching the sky for meaning, wonder and beauty. Also known as the Northern Lights, the Aurora Borealis appear to glide and shimmer to the beat of ‘Skylarking,’ bringing the spiritual experience to life through music.

Directed by Christopher Andrew, this film is the journey of a three man camera crew into the freezing cold outside of Fairbanks, Alaska. For 10 nights, the team shot from sundown to sunrise, in temperatures reaching -29℉, all to capture the greatest psychedelic light show that nature has to offer. 1.5 TB of footage was then scored to the original mix of ‘Skylarking’ and edited down for the six minute music video. For more information on the project, visit www.alaskanaurora.blogspot.com.

Supported by Tiësto, Above & Beyond, Armin van Buuren and others, IIan Bluestone’s remix of ‘Skylarking’ takes an upbeat, progressive house approach, focusing on the sparkling melodies that make the track so appealing. Maor Levi carries the tune down a harder path, with screaming electro synths and edgy break-beats. As anticipation for BT’s album grows by the day, these remixes will help tide you over until the next single is announced. A Song Across Wires will be released on August 16.

Purchase on Beatport | Pre-order on iTunes 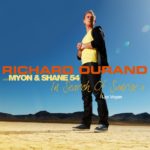 In Search Of Sunrise 11: Las Vegas – Mixed By Richard Durand and Myon & Shane 54 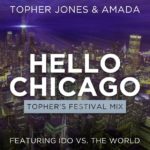