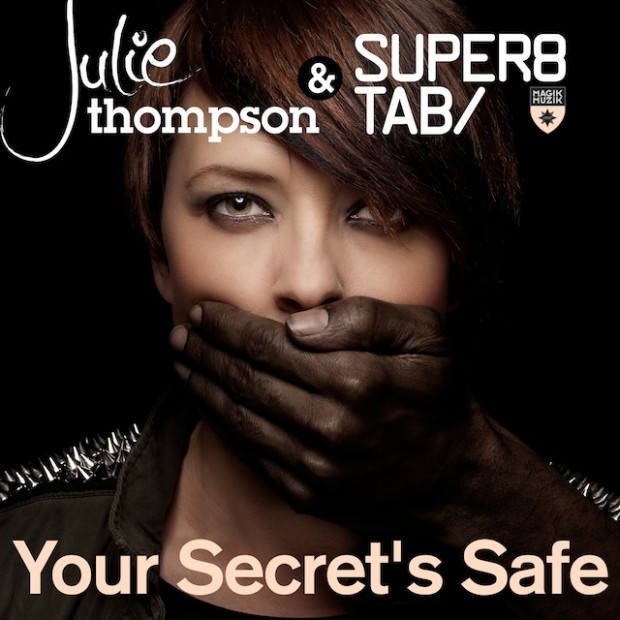 In what might be the most anticipated trance track of 2013, singer-songwriter Julie Thompson and Finnish duo Super8 & Tab are pleased to announce that their collaboration ‘Your Secret’s Safe’ will finally be released through Magik Muzik on June 17.

Debuted at ASOT 600 in Kuala Lumpur, ‘Your Secret’s Safe’ set the Twitterverse ablaze with questions about who could possibly be behind the unidentified track. When it was announced that Julie’s vocal trance anthem was aligned with Super8 & Tab as the lead single off her sophomore album, Eye Of The Storm, everything clicked into place. The pulsating bass drives the listener towards an emotional piano interlude that, combined with tug-on-your-heartstrings lyrics and aching vocals, lead in to a synth symphony of epic proportions.

It would only seem fair that a collaboration of this level of quality would come once in a career, but ‘Your Secret’s Safe’ is Super8 & Tab’s and Julie Thompson’s second joint venture, after 2010’s smash ‘My Enemy.’ Her latest track ‘Skin & Bones’ with Andy Duguid is currently making the radio show rounds, with support from Above & Beyond, Tritonal and others. Now with her next surefire success ‘Your Secret’s Safe’ out on June 17, Julie heads full throttle towards the release of her album this summer.

Says Julie: “When I started writing the songs for Eye Of The Storm, Super8 & Tab were at the top of my producer list, so I was really excited to have them work on this track with me. They’ve managed to capture the emotion of ‘Your Secret’s Safe’ perfectly. This song is really close to my heart and I’m really excited for it to finally be out there.”

With an eclectic background almost as varied as her vocal stylings, Julie Thompson has become a tour de force within the dance music scene, first debuting in 2003 with the classic Holden & Thompson – ‘Nothing.’ In 2007, she hit the world stage for a collaboration with Tiësto called ‘Do You Feel Me,’ which was part of his hugely popular album and subsequent tour, Elements of Life. Her debut solo artist album Feeling For Corners was released on Black Hole Recordings in 2009 to huge critical acclaim, displaying her matured vocal performance and songwriting abilities. In 2013, the UK-based songbird will give vocal trance music fans ten new tracks to sing along to and blazing hot new material for DJs on dancefloors across the world.

“‘Your Secret’s Safe’ is one of my favourite tracks from Eye Of The Storm and feels like the perfect first single as it really sets the tone for what’s to come. I’m very proud of this album. It’s taken awhile to finish but I wanted to take my time and produce something I was completely happy with,” says Julie. 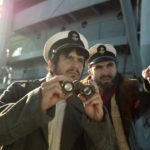 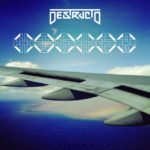