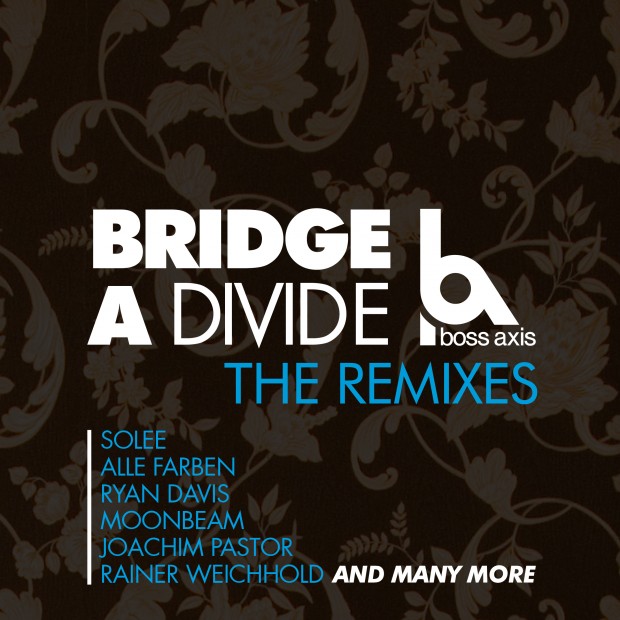 After their debut release on Black Hole Recordings with a remix for Moonbeam’s ‘Madness’ in May 2013, Boss Axis – one of the most upcoming EDM duos in Germany – return on solid German label Parquet Recordings with a rather special selection of goodies to make your mouth water. With staggering 19 brand new remixes of their debut album ‘Bridge A Divide’ released back in December last year, Marcel Florschütz and Thomas Knoll present a unique package of talents like Solee, Moonbeam, Alle Farben, Ryan Davis, Joachim Pastor, Rainer Weichhold, Peer Kusiv, Nico Pusch and many more to emphasize their work again with a huge international remixers line-up. Close your eyes, a new world isborn with bridging a divide.

“With the remix-album we were able to show not only club-oriented sounds, but also spherical innovations with a fusion of great international artist support.”

Melodic and groovy – that’s the distinguished sound of the two Thuringians from Germany as in 2008 they decided to have a share in the electronic music scene. Their sound features warmth, pressure and especially harmony, on what they emphasize in particular. Their attention to detail is obvious. Recently, they were titled “ministers of melody”. The review about their latest album released in December entitled “Bridge a divide” is a splendid performances of Boss Axis like fireworks of euphoric moments.

Their first tracks together, which attributed to their respective experience as solo artists, already had the potential to knock on the doors of relevant labels of the scene. After several digital offers, they received the opportunity for a vinyl-launch at their current home base on Solee’s “Parquet Recordings”. The foundation was built and many releases were to follow, including their biggest hits so far, “Orlando” and “Keep Going”.

Equally, their performances as a DJ-team are truly splendid moments of happiness, so it is no wonder that the congenial boys have been performing in almost every happening club as well as at one of the biggest and most popular open-air festivals in Europe – “Tomorrowland”, which was the highlight in 2012”! After releasing countless singles and remixes for worldwide well-known artists like Gui Boratto or Tom Novy and many others, it is time for their second album,filled with lots of new tracks, perfect for the club but also for one’s ownliving room.

“Nevada” perfectly introduced the album, in the pure tradition of Boss Axis, with long layers and subtle pianos notes that will make you beat the rhythm. With a moody yet warm reinterpretation of Solee, the full of depth will make yousmile. “Even temper” is more monotone in a positive way with deep vibes creating a great underground atmosphere. Russia’s most prolific EDM duo – Moonbeam, put their unique dreamscape into a visionary journey again. Then, “And nothing” represents a more funky side with the vocal. One of the most productive Dutch acts Arjuna Schiks breathes the track with a distinctive melodic and energetic edge. “Two hearts” evolves notably with its progression and its composition with long synths notes. Parisian producer Joachim Pastor primes it more deep and with a great piano. Originally with its ambient waves and bouncy long distance vocal, Germany’s “king of bootlegs” Nico Pusch combines “Deepening” with great emotions and a gentle minimalistic drive.

Alle Farben uses nice trumpets for “Challenger”, what makes the progression of the track a nice hearing orgasm. TOUREAU’s “Meeting Alice Version” of “Wondaland” sets confused sounds with individual influences of techno and EBM. While remaining melodic, the melancholic Patrick Muschiol remix of “Memories” is one for the deep moments, but also has light and infectious feel at the same time. The percussive touch of Arquette’s version lights on “Flower”. Concluding the package, “Since you’ve been gone feat. Silke K.” is full of life dreaming it with an atmospheric flow by Peer Kusiv and punching through the depth, adding sprinkles of melody over the encapsulating vocal. Next up is “Find’n’Hide feat. Steklo” and remix duties going to Mirco Niemeier who adds a mysterious yet melodic touch to proceedings. At the end, “Down home” is the time to come back to a safer and warmer place: your home, with a very slow ending of the journey with Olivier Weiter.

Feel free to lean back and enjoy the pleasure of this dreamy mixture of lovely soundscapes with individual interpretations as a fusion of international EDM talents. 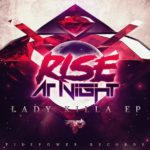 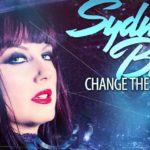