The Caulfield Cult is a four-piece band from Singapore and we are pleased to offer you their latest track “Phony” as a free download! Heavily influenced by acts such as The Alkaline Trio, Jawbreaker, The Get Up Kids, and Hot Water Music, the band formed in 2011 and quickly self-released their debut EP that June. Not wasting any time in carving their niche, The Caulfield Cult recorded their debut full-length over the course of that Summer and released Leaving Cemetery Junction in October, 2011. They wrapped up an eventful year playing shows in Southeast Asia.

Even though bands from their part of the world often don’t get the opportunity to travel west, The Caulfield Cult have already been through Europe on two separate occasions. It’s clear from all the touring and recording they’ve done that hard work is in the blood of this young band. Somehow they’ve found time to do some more recording and are set to release their sophomore LP Things Can Only Get Worse From Here. To coincide with its release, The Caulfield Cult will be packing their bags once again for a European tour this summer. 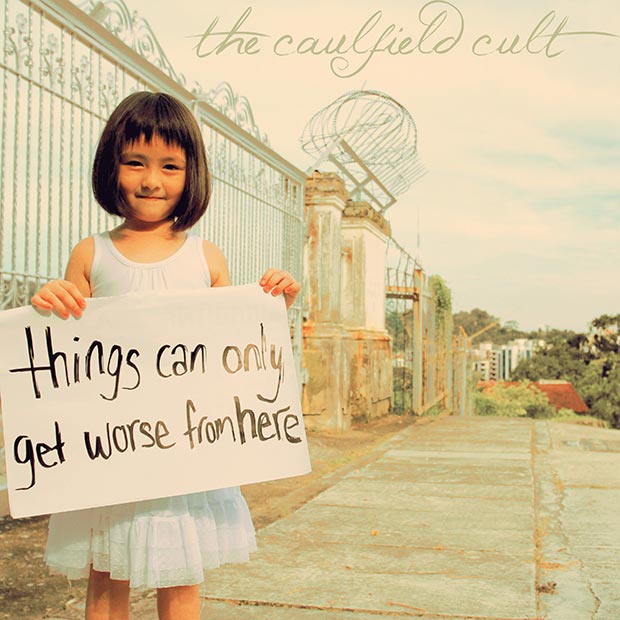