The Skinny: What was considered as Orwellian fiction back in 1984 has become reality in 2013 – the surveillance society. In times of Facebook and Skype, true privacy seems to exist only where exposure through the media is consistently rejected. “There’s almost a kind of hysteria when it comes to the Internet and digital pseudo-realities,” Powerworld mastermind Ilker Ersin explains the background of the band’s latest album title, Cybersteria, a combination – you might have guessed it – of the terms ‘cyber’ and ‘hysteria’.

“Our new songs aren’t a concept album in the narrower sense, but as usual the whole album is held together by a central theme. This time the leitmotif is emotional impoverishment which is increasingly supported by the new media. At the end of the day, social networks have the opposite effect of what they suggest: they make people grow lonely.” Stirring words by a musician who has composed an album which is stirring in every respect, because Cybersteria presents that typical intelligent mélange of melodic heavy metal and progressive elements that we’ve come to expect of Powerworld.

Today Powerworld has unleashed the first new song from Cybersteria. Get a listen to the track “Slave to the Powerworld” below! 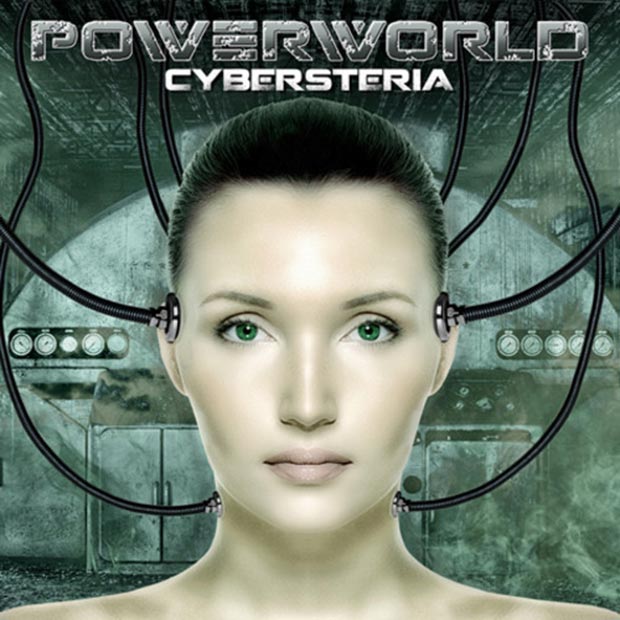