Dutch rockers GOLD have been getting a fair amount of attention as of late due to their awesome debut album Interbellum. Formed in 2011 by ex-The Devil’s Blood guitarist Thomas Sciarone and singer Milena Eva, the group quickly set to work and released Interbellum in late 2012. The album quickly got great reviews with even Fenriz (Darkthrone) proclaiming “The songs are incredibly strong.” Hit play below and check out our Interbellum album stream as you read the following interview with guitarist Thomas Sciarone.

Congrats on Interbellum! I’ve been listening to it almost non-stop since I first heard the album! First of all, could you go over the band’s background for those who are unfamiliar with you?
Thomas: Milena and I first started talking about making music together around the end of 2010. When I left The Devil’s Blood – of whom I had been a part of for 3 years – a few months later, we got to put the action where our mouths were. I had known drummer/producer Igor Wouters for years from the national music scene and we had already worked together on some projects before. The same goes for bassist Harm Haverman, with whom I had shared labels, stages and tour before. We had even celebrated our birthdays together. Guitarist Nick Polak was introduced to us by a mutual friend and we were happy to find out that he lived just around the corner. These 5 strong individuals make for the team that is GOLD.

To my understanding, the definition of Interbellum is: “the period between two wars.” How does this relate to the album itself?
Thomas: Lyrically the album reflects a person balancing between moods, never stable and never knowing what is about to happen. Add to this the instability of our “civilized” world and we felt that “Interbellum” was the one and only title to bind this all together.

Check out the album ‘Interbellum’

Stylistically the band is quite different than most metal or even hard rock bands. Do you think it’s been more of a help or a hindrance that the band has primarily been marketed to the “occult rock” and metal crowd?
Thomas: Honestly, we really don’t care. I’ve never felt much for stereotypes and there’s no thing as boring as musicians that “create” what has been done so many times before. Every scene has it’s own closed minded and open-minded people, we just need to reach the latter. We are very happy to work with Ván Records, since Sven is one of the most sincere and friendly people I have ever met. Our cooperation is based on friendship and trust and we know he does all in his power to bring us to the next level. That, together with our own hard work, is all we can wish for.

One of the most interesting aspects of the band is Milena’s voice, which almost seems to have a country twang at times. Are there indeed country influences in the singing or was this unintentional?
Thomas: I’m not going to deny any twang, but it’s definitely something that is there unintentionally, or rather as a natural feature of her singing. Milena has been influenced by a wide range of vocalists and traditional American music (from work songs and spirituals to folk and country) has definitely left a mark on her. 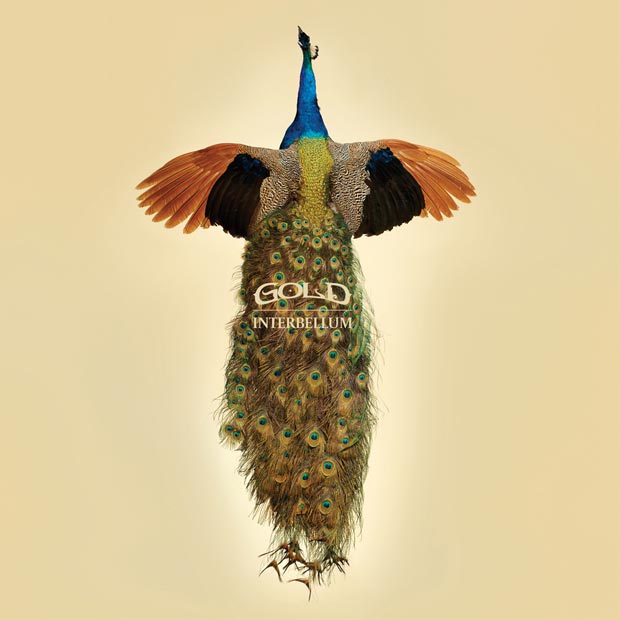 From the videos I’ve seen of your “Hell Over Hammaburg” performance, you are more than capable of pulling off a stellar live performance. What are your touring plans for the year? Any plans to make it over to North America?
Thomas: We are working hard to get a tour together. To us this is very important. Now that the album has been released and well received we cannot just sit down and wait for the people to come to us. We need to get in the van and play stage after stage after stage. To me that’s also the most exciting part about being in a band. On stage you can add this huge portion of energy and personality to your music and there’s this direct contact with your crowd. This is where the music comes to life and the people can react to it in it’s purest form.

Obviously we are focusing on Europe now, but North America is definitely part of the bigger plan, as is the rest of the world. It would be great if we manage to make it to your shores on this album, otherwise we have to do so on the next one!

What are the band’s thoughts on the current state of the music industry? Do you think it’s possible to for the band to be able to have GOLD become a full-time career at some point?
Thomas: Sure it is! There’s not a lot that you can count on and all you can do is work as hard as you can and be smart to find the right path. We have a long way to go, but we would lie if we told you that this is not our ambition.

Check out the song “Antebellum”

What are your plans for further material? Have any new songs been worked on yet?
Thomas: Yes, we have started with writing for the new album. It will be interesting to see where this is going. Time will tell!

The video for “Antebellum” was definitely different than the standard rock video. Can you explain the concept?
Thomas:“Antebellum”‘s text uses the metaphor of the calm before the storm to underline a state of being out of place and not knowing what this will lead to. This theme of instability has been captured very well by director Bastiaan Bosma in his concept for the clip. His original form fits our style perfectly. We are a small band on a small label and our means are very limited. But it is important to us to do everything that is within our reach to make us stand out and get our name out there. We are lucky to be surrounded by many talented people that are willing to create beautiful things together with us, only limited by budget.

Thanks a lot for taking the time to talk to me, it was a real honour considering that Interbellum is such a stellar album! Any final words you would like to say?
Thomas: Thank you, it is our pleasure. We really hope it won’t take too long before we can cross the Atlantic. In the meantime, stay gold!