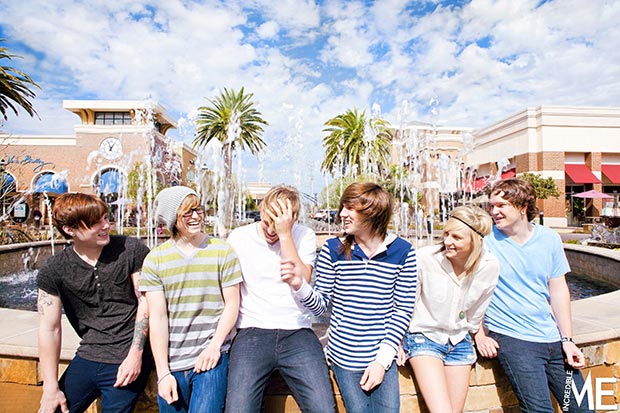 The Skinny: Incredible’ Me is the latest addition to join the Artery Recordings, the joint venture between The Artery Foundation and Razor & Tie. The Sacramento, CA based band will release their debut full-length album, Est. 2012, this Summer. The album was produced by Colby Wedgeworth (The Maine, This Century, The Seeking). Listen to the new song “Divine Departure” below.

Incredible’ me formed in 2012. In that eponymous year, lead singer David Jones and drummer Jaime got together to jam in the latter’s garage. Both had recently parted ways with their former local bands, and they wanted to pursue a different path together. Pulling guitarist Lexie Olsen from David’s previous outfit, they stumbled upon their sound one fateful evening. Musically the sextet can slip from an irresistible pop melody into a moshpit-parting groove.