The Skinny: Topshelf Records has partnered with the UK’s Big Scary Monsters Records and Italy’s To Lose La Track Records to release Knots, the new LP from Derby, UK outfit Crash of Rhinos in the U.S. Knots will be out in late Summer. Have a listen to a new song, “Opener”, from the forthcoming release below via the SoundCloud player.

Crash of Rhinos are five friends from Derby, UK. The most popular work used to describe them is “loud”. They make a racket. They’ve got 2 guitars, 2 basses and a drum kit, and they shout the best they can. Having played together in various formations for more than a decade (The Little Explorer, The Jesus Years) they all got in a room and played whatever came out. What came out was Distal, their debut LP. Released in 2011, they followed it up by touring the UK and Europe, meeting loads of ace folks along the way. The band’s new full length, Knots, will be released Stateside in late Summer 2013. 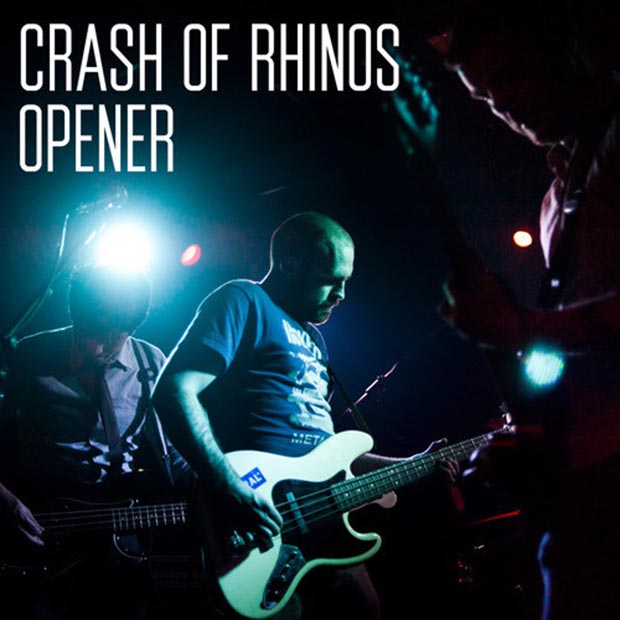