…And Justice For Art: A Look Back to (some of) Darkthrone’s Album Covers with Drummer Fenriz

If there’s one band that has never been lured by the temptations of mainstream commercialism or false musical trends, look no further than Darkthrone. The Norwegian old school black/death/extreme metal duo has always been faithful to their own set of rules while constantly delivering albums of solid and sometime tremendous musical quality. Of course, this music is not for everyone and nothing demonstrates this better than the band’s uncompromising cover artworks. We recently asked drummer and founding member Fenriz about four of Darkthrone’s most interesting album covers, including their 2013 full-length The Underground Resistance. This is what Fenriz had to say. 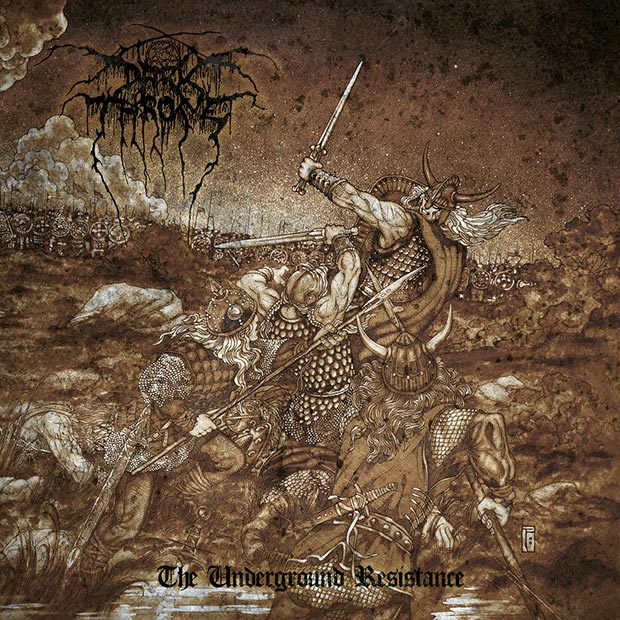 – The cover of Darkthrone’s latest album The Underground Resistance is a monochromatic, sepia version of the painting “The Battle Of Moira” by celebrated Irish artist Jim Fitzpatrick, creator of one of Che Guevara’s most iconic images and other Celtic imagery. When asked from where the idea came to use that piece as a front cover, Fenriz said:

“It’s so blunt, it’s a coincidence. [singer/guitarist] Ted wrote me that he wanted something else for the next album cover, this was back in 2010 or 2011. And then I told that to my friend Dylan Hughes (of the Maniac Monday radio show) and he came up with that image. I knew nothing of the artist or how it was called, it was as simple as we liked the image and paid for the use of it. Ted said he wanted it in BROWN already back then, so it’s been decided for a long time. Granted, a battle isn’t exactly a new idea when it comes to Metal covers. But evolution is for apes and it fits the whole ‘fight-frame of mind’ that you need to have to play old Metal in an age where half of the metal people sound like plastic productions.” 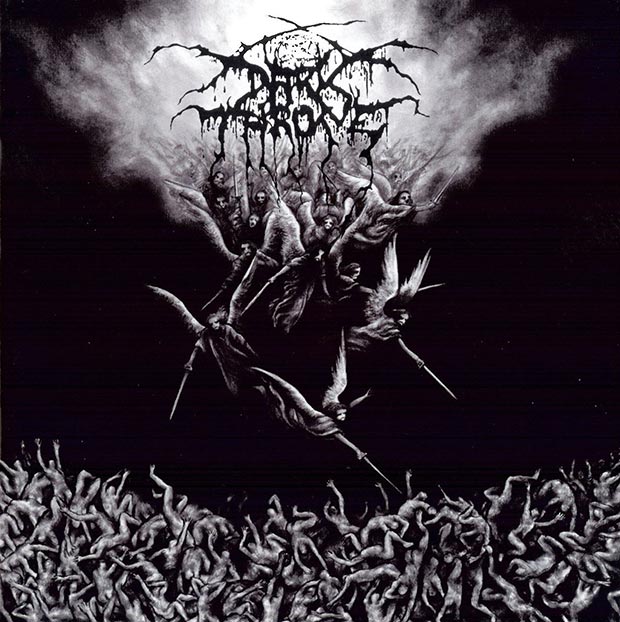 – Edgy Italian artist Lorenzo Mariani designed this monochromatic vision of angels and souls (or corpses) partly based in black metal’s disdain for some religious manifestations and Darkthrone’s own musical superiority in comparison with many musical clones. “It was just another drawing/image made for us, but this one was golden, I think. I saw it and liked it,” says Fenriz. 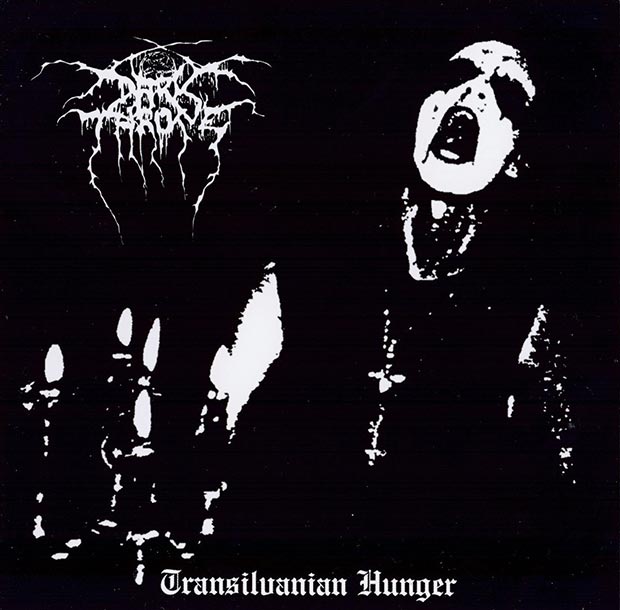 – This was the third time a member of Darkthrone appeared alone on one of the album covers with corpsepaint and such unrestrained fashion. In this instance it was Fenriz himself. The image (which has become on of the band’s most iconic visuals) was another example of their “do-it-yourself” aesthetic. “We needed band images” the drummer remembers. “For the single shots of me we went to an old abandoned hut right by where I lived and we rehearsed. It was in the forest at VINTERBRO, Follo. Then we got the photos developed and photocopied them for the zines. It’s a personal pleasure that it became iconic because it’s not just a photo, it’s my ATTITUDE!” 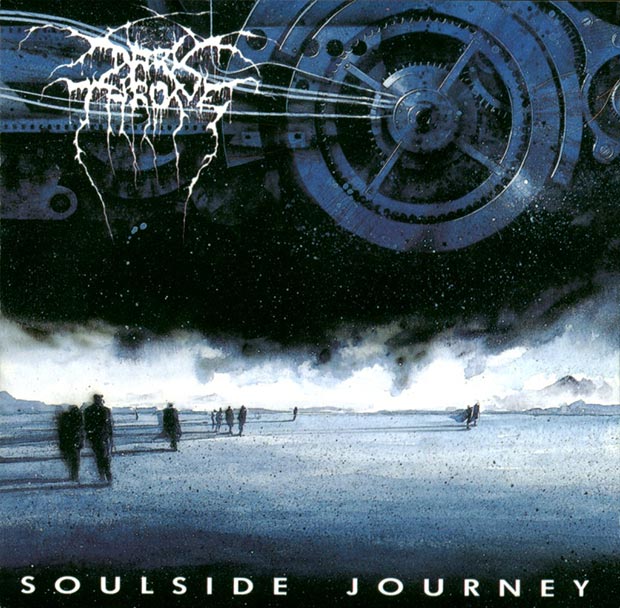 – Darkthrone’s debut Soulside Journey was a slab of in-your-face death metal. Its unusual Sci-Fi oriented cover artwork, painted by artist Duncan Fregredo (creator of Paradise Lost’s self-titled debut artwork) dramatically differs from the visual look of subsequent album covers. “We just said we wanted something VERY different, don’t want no robot hustle,” Fenriz remembers. “We gave the title SOULSIDE JOURNEY to the artist (through Peaceville Records) and said we wanted something spaced out, rather not materialistic… if that makes sense”.

There you have it, those are the opinions of a Norwegian metal icon who also affirms that “music really should have no album covers. The human mind is too receptive to images and lets the music be shaped by the colors or images on the covers. I too am like that and I kinda hate it. But there’s nothing to be done about this, we just gotta have covers, no?”

Next Time on AJFA: A Look Back to (some of) Judas Priest’s Album Covers, featuring guitarist KK Downing and designers Mark Wilkinson and Pete Alander