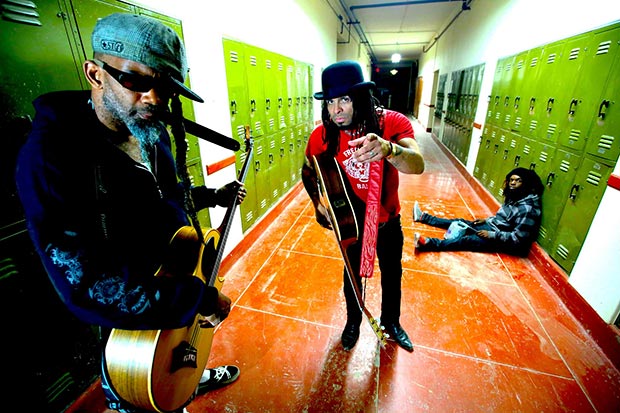 The Skinny: Effective Immediately PR is pleased to announce the upcoming release of the debut self-titled EP of T.E.N. – the premiere alternative rock trio comprised of music virtuosos Thomas Pridgen (Grammy Award-winning drummer, The Mars Volta), Eric McFadden (guitar and lead vocals, George Clinton/P-Funk), and Norwood Fisher (bass and back-up vocals, Fishbone). The 4-track EP will be released on April 1st, 2013, exactly one year after the three musicians recorded the EP at Hyde Street Studios in San Francisco. The T.E.N. EP is a limited edition (only 1000 copies printed) and is a precursor to their upcoming full-length album to be released on 10-10 (October 10, 2013).

On April 1, 2012, the trio joined forces for the first time to record their first tracks together at Hyde Street Studios. All songs were written by Eric McFadden (except “On a Front” by Gary R. Wertz) and were produced by delphine de St. Paër Suter and McFadden. The EP was recorded and mixed by Travis Kasperbauer (Robot Recording), John Karr (Ear Relevant) and Kurt Schlegel (Lucky Cat) and mastered by Travis Kasperbauer. The T.E.N. limited edition debut EP will be released on April 1st, 2013, and will be available via iTunes and during their mini-tour of 5 California cities with Dumpstaphunk on April 3rd – April 7th. 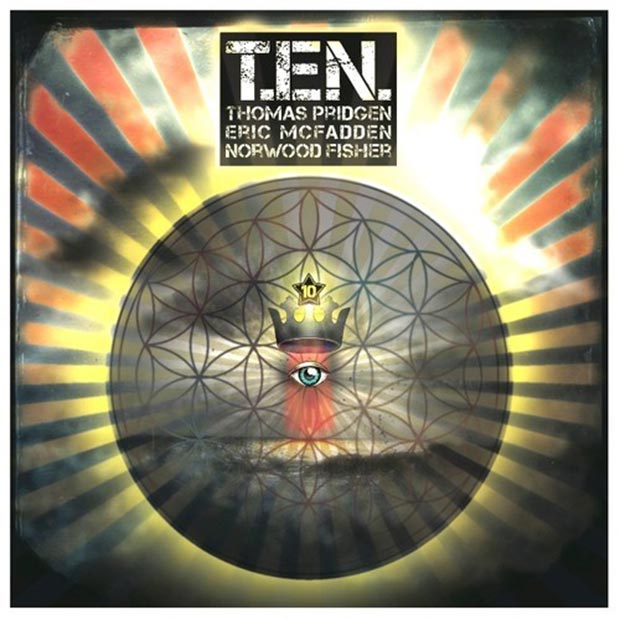