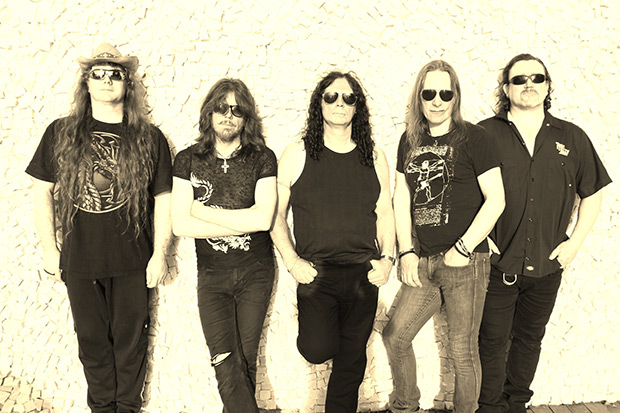 The Skinny: Legendary British band Satan have released a brand new track off their forthcoming new album Life Sentence. The song, “Siege Mentality,” is now streaming below. Life Sentence, Satan’s first full-length since 1987’s Suspended Sentence, will be available in North America on May 21st via Listenable Records. The album will mark the 30th anniversary of the band’s highly-acclaimed 1983 debut Court In The Act. Life Sentence will also feature the same line-up that appeared on that now-classic piece of metal history.

The cover art for the album (pictured below) was drawn by famed artist Eliran Kantor (Sodom, Testament, Hatebreed) and depicts a similar graphic concept as Court In The Act. Mixed by Dario Mollo at Damage Inc. Studio in Italy and tracked late last year at First Avenue in Newcastle, Life Sentence is a very strong uptempo heavy metal album that will undoubtedly become a metal classic. 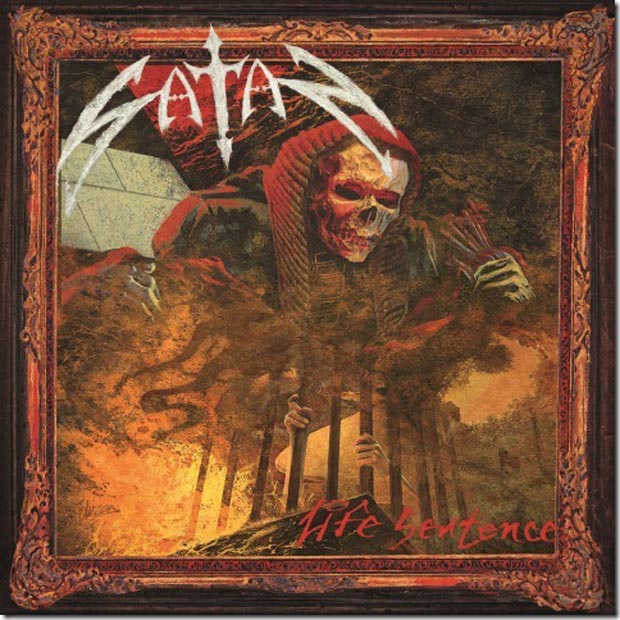