I recently caught up with vocalist White Willie Sniffsum and drummer Dr. Cleanplate of the hard partying blues rock band Cocaine Mustache to discuss their latest and aptly titled release, On The Mirror. This is a group that completely embodies the rock star lifestyle of debauchery, loud, raw rock n roll, and tons of attitude and swagger! This is rock ‘n roll the way it was meant to be played. Gimmicks aside though, these can really play. Here’s how the conversation went.

Now that your new disc, On The Mirror, is completed, how do you feel about it and are you satisfied with the outcome?
White Willie Sniffsum: This band was started as an experiment. We all have played in various metal bands around Vancouver for over a decade. So Cocaine Moustache is a chance to play something that’s really heavy, but not exactly metal. I think we can all agree that this project just came together so naturally that we feel great about it. Go fuck yerself… We love it!

Dr. Cleanplate: I’m pleased as hell with how the album turned out. It’s a personal best for me. I really enjoyed working with Rob. He does fantastic work and he put a lot of love into this effort. The most fun I ever had in the studio too. What Willie didn’t mention is that each of us is the “crazy guy” from our respective metal bands.

What was the writing process like for this record?
White Willie Sniffsum: We are a party band through and through, so the writing was fuckin’ awesome!

Dr. Cleanplate: It was pretty much gravy. We had a good-ass time and the music just poured out.

What is the significance of the name Cocaine Moustache?
Dr. Cleanplate: There comes a point when you’ve been partying hard for a day or two and your nose just quits on you. It’s all stuffed up and you can’t sniff a thing. That’s usually a good indication that you should probably take a nap. While you sleep your nose goes to work on repairs and starts producing mucus to flush your nostrils out. Snot mixed with cocaine then leaks out your nose. When you wake up and find your moustache encrusted with dried up nose drippings you’ve got yourself a cocaine moustache. What you do about that is your own business, but the practical thing to do is to crunch it up, have a sniff, and get on with your day. The name represents all the things that lead up to that.

White Willie Sniffsum: An actual cocaine moustache is pretty straight forward. Any sort of coke residue that resides on the area between your nose and upper lip. But I’d like to think of it more as a lifestyle or an attitude. It’s kind of like…”Yeah, I know there’s coke all over my face and I just don’t care. And furthermore, why do you? Just look the other way if you don’t like it and mind your own business!”

Check out the song “The Pledge”

What is the significance of the title of the album, On The Mirror?
Dr. Cleanplate: Putting out music like this is equivalent to putting your balls on the table at thanksgiving dinner. “On The Table” wouldn’t really work though. Imagine cover art for a minute. So in the interest of taste and “staying on topic” we went with “On the Mirror”. I think it still displays our balls quite spectacularly.

White Willie Sniffsum: I think what the doctor is trying to say is we are a straight up band. We don’t look at the cards. “All in” every time.

White Willie Sniffsum: And I’d like to think that they’re all good stories. Some are jokes. Some are sad, you know, pro-party, anti-religious, cheating bitches. We got it all.

Dr. Cleanplate: I’ll tell you the story of “On The Mirror”. It was our first jam session. Our good friend Black Johnson Numbgums came out to see what the hell we were up to. We were trying to write some Black Sabbath sounding thing. Meanwhile, Black Johnson is in the other room with a flap of blow. After a while we decided to take a break only to discover that Black Johnson had made short work of the flap. So we smoked some weed, listened to some Buddy Guy and sent Black Johnson to the beer store so we could make fun of him. Vinnie got inspired and said “I got a great idea for a song. We’ll call it ‘Don’t Go Halfers On a Flap With Black Johnson.'” After a good laugh we got to work on the riffs. Willie just sang what was on his mind. It took us about three hours to write and edit the song but we laughed about it for weeks. The only thing wrong with it was the title. A little wordy, so we picked from the lyrics and called it “On The Mirror”. That also might have something to do with our choice for the album title. 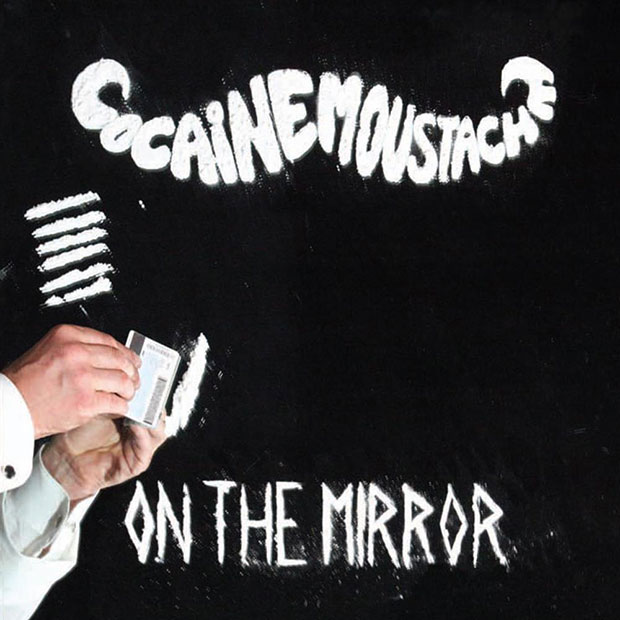 When you write do you ever think about the live performance?
Both: Always.

White Willie Sniffsum: When we practice, write or jam it is a live show. There is no fucking around. Suits on, drinks flowing, and rockin’ the house down.

Dr. Cleanplate: We have to consider the show when we’re writing. We are all about the party. We want to have good interactions with the people we party with (the audience). So one of our first concerns it how our music will go over live.

Any rituals before you hit the stage? If so what are they?
White Willie Sniffsum: We have all kinds of crazy stuff we get up to but…

Dr. Cleanplate: …Ahem! We don’t speak of that. What goes backstage stays backstage.

Check out the song “Out Of My Hands”

You guys have shared the stage with some well-known artists such as Nashville Pussy and 3 Inches Of Blood. Were there fans receptive of your music? Was it intimidating at all?
White Willie Sniffsum: We have a range of styles in our music that has allowed us to bounce from genre to genre with bands we gig with. So we happen to get on with fans of a hard rock band like Nashville Pussy or a heavy metal band like 3 Inches of Blood.

Dr. Cleanplate: I don’t think any of us felt very intimidated. We all have plenty of experience playing on all kinds of stages. It’s a second home to us. We are quite comfortable there and confident that we can hold our own.

What kind of touring plans do you have in support of the record?
Dr. Cleanplate: We are hitting Western Canada pretty heavily in the Spring. We are also working on plans for a U.S. tour in the Summer and/or Fall.

White Willie Sniffsum: You know, we gotta distribute the product… I mean get the music out there. I think I’ve said enough.

What is next for Cocaine Moustache?
Dr. Cleanplate: We’re writing for the third album right now. We hope to start recording the second one in the coming winter. We like recording in the Winter because there’s more snow.