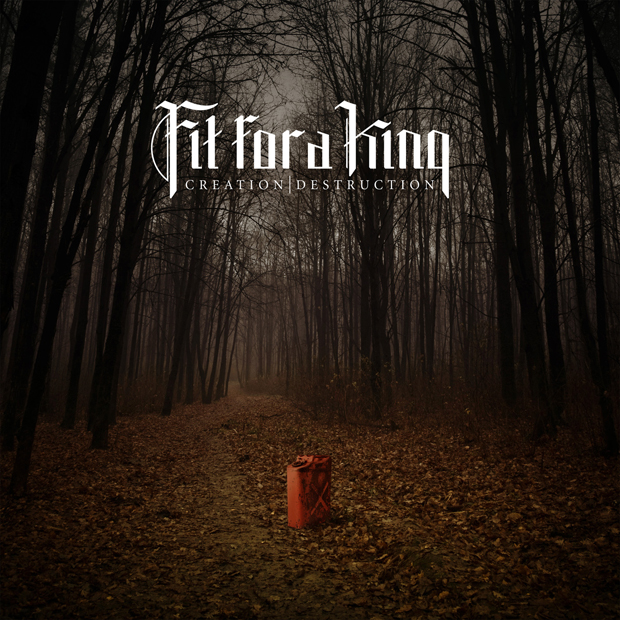 When a biography cites influences as diverse as The Acacia Strain and Linkin Park, it is certain to raise something of a puzzled look on the face of the reviewer. Not only are the two bands at such extreme ends of the “rock” spectrum, but the thought of combining elements of the grunting, misery-core churned out by The Acacia Strain with whatever-the-hell-it-is that Linkin Park are playing these days, is, quite frankly, a horrific one.

Anyway, enough of that because it would appear that when opening track “Warpath” slams in and frontman Ryan Kirby bellows “I am the enemy” and the Texans lurch into a break so heavy you feel your guts rumbling, chart-denting nu-metal is definitely far being part of their game plan. Furthermore, despite the pristine production job afforded to bands of this genre, there is something of a shit-kickin’, rabble-rousing air about the whole thing that goes a long way to justify these Texan’s growing reputation as a impressive live act.

Clearly inspired by the darker side of life, frontman Kirby delivers a passionate, ferocious performance as the voice of this album and is matched note for note on tracks like “Bitter End” by a band simply fizzing with energy. Midway through the album, the Linkin Park style electronica rears its head as “Skin & Bones” offers up something of a breather for fans who, up until that point and, despite the intermittent use of the obligatory cleaner vocals, have been pummeled by the relentless aural onslaught of tracks like “Broken Frame”.

If you’re to point any criticism at Creation/Destruction then the obvious one would be that it doesn’t really offer anything new to a genre that is already stuffed with bands doing this sort of thing. Still, if you don’t mind adding more of the same to your MP3 collection, then it is hard not to recommend Creation Destruction.

Check out the song “Warpath”