The Skinny: The trolls in Finntroll return from the darkest depths of Finland to give us another preview of their upcoming human crusher, Blodsvept! The album will be unleashed upon the world via Century Media Records on March 25th in Europe and April 2nd in North America – prepare for TOTAL domination and listen to the new track, “Mordminnen,” below.

Blodsvept, which is Finntroll’s sixth studio album, was recorded at Sonic Pump Studios in Helsinki while mastering duties were handled by Mika Jussila at Finnvox Studios. Henri ‘Trollhorn’ Sorvali and the band produced the album themselves, the album artwork was handled by the band’s own guitar player, Samuli ‘Skyrmer’ Ponsimaa, and even the production for the upcoming video clip will be the brainchild of the trolls… Because let’s be honest, nobody knows how a Finntroll album should sound, look and smell better than the trolls themselves! Troll tested, troll approved! 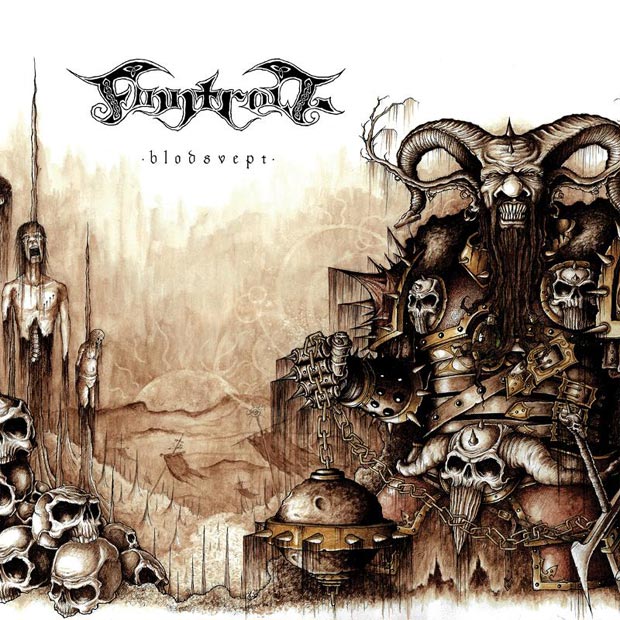