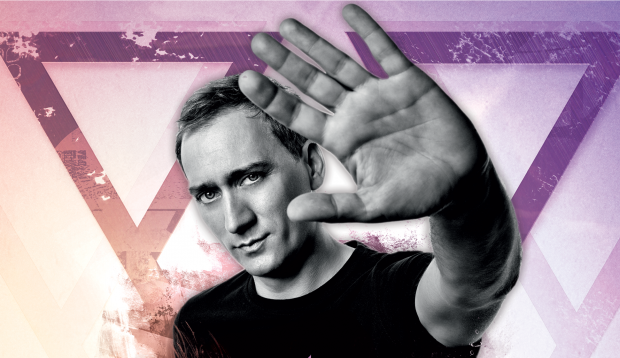 Now that ‘the originals’ have been established, the time has come to let the remixers speak as Paul’s evolution becomes an out‐and‐out revolution! Handpicked by the man himself ‐ from the ready‐to‐break to the firmly established ‐ the remix gathering has assembled. Let the reworks begin!

“Naturally, the original versions of EVOLUTION’s tracks were mine and and my co-producers visions. The singles to date have brought some wonderful, creative remixes with them. Ones that blew me away when I heard them and which I played in-club and on the radio throughout last year. They were the seed points for this album; now is the right time to push the boundaries of ‘EVOLUTION’ that bit further” – Paul van Dyk, Berlin, January 2013

Comprising 17 fresh‐off‐the‐desk reworks from a full company of van Dyk’s fellow production studionauts, this is where evolution ends and full‐scale revolution breaks out. Sowing the uprising’s first seeds is the production brotherhood of Woody van Eyden and Alex M.O.R.P.H., who are respectively tasked with retakes of ‘Sun After Heartbreak’ and ‘Such A Feeling’ (aka ‘Verano’). Drawing on a wealth of nirvana harmonics, thermal synths and Sue McLaren’s and Elijah King’s vocal talents, they reposition PvD’s original versions in an entirely new light… and time of the night.

The popularity and musical latitude of ‘I Don’t Deserve You’ emphasize this Plumb‐vocalled peach with two further reconfigurations. Having already been voted one of the 15 biggest trancers of the year on Armin van Buuren’s ASOT radio show, ‘Deserve’ gets some house flavour into her system. Dubbing up the vocal, Gabriel Ben lets the hats hiss, the percs ride and the rhythms flow on his mix. Meanwhile, another American producer WAWA rolls one big piano moment in after another, inciting ravenous uplift and fanning ‘(R)Evolution’s flames even further.

Taking things momentarily deeper and more‐subversively progressive, the Directors Cut mix seizes on ‘Love Ammunition’s lyrical metaphor. Michelle Leonard’s vocals scorch the room, underpinning a potent groove and sure‐shot drop. The album stays with her redolent tones as Giuseppe Ottaviani takes control of ‘Lost In Berlin’, building it up into a mainline titan.

With PvD’s full backing, other remix‐revolutionaries are given free reign to take the music where they see fit. Pedro del Mar & Double V rock up a storm on the Sue McLaren‐vocalled and Arty‐coproduced ‘The Sun After The Heartbreak’.

Elsewhere, youngblood Uzbek producer Exense masterminds the ‘Rock This’ rebuild. He tactically whips it into a powder‐keg progressive piece, holding back the pitch‐bending synths and rousing a titular shout to the break’s final precipice. Elsewhere, audio guerrillas like Niels von Ahorn, Robert Mint, Nick Callaghan & Will Atkinson and others perform coup after coup with eclectic, thrilling reworks that build into the consummate ‘EVOLUTION’ revision.