Markus goes TransAmerica… Coast-to-coast, 20+ dates, touching all compass points on the map and into many of America’s most famous clubs and venues. This will be the DJ tour rebooted, changed-up and re-imagined! Through the mid-spring months Markus Schulz will be hitting the open road for his first U.S. bus tour.

“This has been a particular dream of mine for quite a number of years: the American DJ tour done differently”, says Markus. “Now it’s locked and we’re priming this to be a unique experience… for you, me, all of us! I’m going to be coming round your way this spring with something musically and visually very special indeed. I hope you’re ready!”

Following in the footsteps of many musical legends, Markus Schulz will be stepping aboard his new ‘home-away-from-home’ for 4+ weeks of on-the-road madness! For his biggest ever successive run of US dates, the holder of DJ Times magazine’s 2012/2013 America’s Best DJ title is bringing his singular tour vision to your city.

Explaining the genesis of the bus tour, Markus says: “This was born out of desire to get as hands-on with every aspect of a tour as its possible to get. This is Markus doing it Markus’ way! The sound, the light, the production, the DJs… and, yes, the Bus – it’s all on me! I’m going to be working overtime, spending every waking moment, day & night making sure this is the most incredible time you have inside a club in 2013.

That aside there’s also going to be the opportunity to see more and experience more of this country, both the places and the people. I spend so much time every year, up in the clouds, flying around the States. In terms of this tour, this is my opportunity to do America in a different way than any other DJ.

Wherever you are in the world, city-by-city, you’ll be able to follow Markus’ interstate adventures through his travelogue video-updates on his YouTube channel and the tour-journal on his website and Facebook. Throughout Markus will be in front of the lens, followed by a documentary crew every step of the way, covering the tour for an upcoming video release. So if you are in the vicinity get to the shows and get yourself on-screen!

“This is going to give me the chance to play not only the cities I’ve loved to rock for many years now, but also places I’ve either never spun or haven’t managed to get back to for too, too long. That’s how wide the scope of it is. Am I going to be getting behind the wheel of the Markus Schulz tour bus at some point? Damn straight. So if you’re out there and you catch sight of my ‘temporary tenement on wheels’, don’t be afraid to lean on your horn and say ‘Hi’!”

Supporting him on his SCREAM N.A. tour will be two newcomer acts who have been generating very special kinds of heat recently. Since he was signed to Markus Schulz’s Music Group development house early last year, KhoMha has become a name fast to the lips of EDM lovers’ in-the-know. In 2012 the young-gun protégé stormed through the ranks (cracking the top 20 on TranceAddict’s annual poll) with a rush of tracks including ‘Mind Gamer’, ‘The Dark Knight’ and ‘Vapor’.

The first dates of the tour to be announced are below. Go to www.MarkusSchulz.com to buy tickets and for more information. 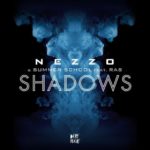 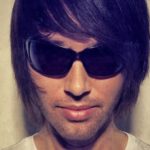