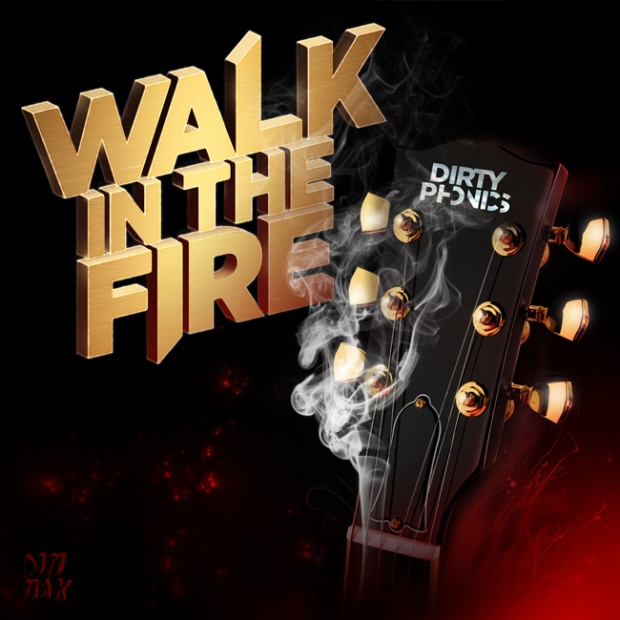 Dirtyphonics – “Walk In The Fire” Out Now On Dim Mak

Out now on Dim Mak Records is the newest offering from French artists DIRTYPHONICS: “Walk In The Fire”—a three-song EP package featuring the original version of the song from their upcoming album IRREVERENCE, along with remixes by Schoolboy and Culprate. Hear all three versions at here:

“Walk In The Fire” is a metal/drum ‘n’ bass track that combines the best of two worlds, kicking off with a guttural guitar grind before coalescing into drum ‘n’ bass fueled by screams and wild production. Setting the dance floor ablaze like never before, it injects a healthy helping of heavy metal intensity into a drum ‘n’ bass dubstep monster that claws right out of the box. This pure and raw track is full of energy that will both satisfy metal and club-heads out there. Schoolboy comes with a Knife Party-like electro remix and Culprate makes an intense glitch hop version out of it.

The EP release is the latest leading up to their long-awaited full-length IRREVERRENCE due out on Dim Mak Records March 19.
Following the release of IRREVERRENCE, DIRTYPHONICS will embark on their North American “Irreverence Tour.” Launching March 27 in Vancouver, the 30+ date tour will take them through many major markets as well as anticipated performances at this year’s Coachella where they will perform both weekends Sunday, April 14 and Sunday, April 21. Their live show is a full-on sensory experience more akin to seeing your favorite band than a typical EDM act. They bring a level of energy that’s rare in modern music. A limited amount of tickets for all upcoming U.S. dates are immediately available for purchase direct from DIRTYPHONICS at: http://dirtyphonics.frontgatetickets.com