deadmau5 remains an impressive concert draw, headlining the biggest festivals with sets at Coachella, Lollapalooza, Wireless, iTunes Festival and Sonar under his belt. This March look for him to return to the main stage of Ultra Music Festival for his first major appearance of 2013, followed by slots at Lollapalooza Chile and Brazil. As a top live performer, he’s in a league of his own. Not to mention, the man has racked up during his career thus far an impressive five GRAMMY Award nominations, three JUNO Award wins (with five nominations overall) and numerous other accolades to his credit. He was the first Canadian and electronic artist to sell out Rogers Centre in Toronto and broke the record held by Rage Against the Machine for most consecutive shows at the Roseland Ballroom in NYC with a staggering six nights at the historic venue.

deadmau5 recently rejoined forces with Nokia for a spectacular light and music experience–exactly a year after they created the biggest light show London had ever seen. This in turn resulted in a 4D projection that covered Millbank Tower with the mobile giant transforming an entire London square into an immersive audio-visual extravaganza starring deadmau5. From that came a cool viral video using “Channel 42” as the musical accompaniment which you can check out here:

deadmau5’ fan base speaks the loudest though. He’s garnered over 7 million Likes on his Facebook page and is just shy of 2 million followers on Twitter. He has increased the transparency of his creative process by inviting fans to view live streams of him making new songs and promptly posted works in progress on SoundCloud for all to hear. A truly visionary artist, he has taken fan engagement to a whole other level.

The remixes are now available for purchase on iTunes | Beatport 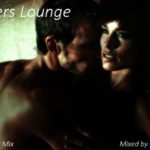 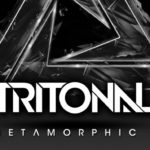