The Skinny: Having recently signed with Poland’s grind/metal purveyors Selfmadegod Records, Illinois-based death metal horde Terminate has completed the recording of its debut album and today lash out at the public with the first dose of brutality harnessed in the studio. Now locked down for release on February 18th, Ascending To Red Heavens was recorded in September at The Basement by Tim Pearson, and mixed/mastered Tim Pearson at Do or Die Studio, viciously capturing nine tracks of Terminate’s fatal death metal attack. The cover illustration was completed by Raul Gonzalez (Master, Morbus Chron, etc.) and is viewable along with a stream of the album’s fourth song, “Rotten Dead Mass,” below.

Consisting of veterans of the Chicago metal scene as well as the New York metal scene, the band has quickly made a name for itself, catching the attention of not only within their home city of Chicago, but also a core of underground fans across the world. Taking influences from death metal stalwarts Bolt Thrower and Autopsy, while maintaining a melodic sensibility akin to Swedish greats Dismember and Entombed is what defines the Terminate sound. 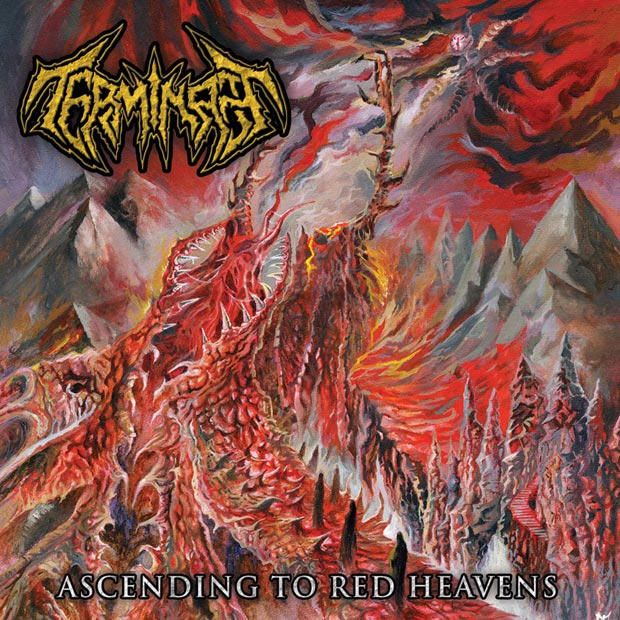