Dutch House masterminds Gregor Salto & Chuckie slam into 2013 with a lethal rework of their seminal dance-bomb “Toys Are Nuts”.

“Toys Are Nuts” was an influential release for the Dutch super duo back in 2006 – so it’s colossal news for the Dance music world to find out that 2013 blasts off with a brand new modification of what’s conclusively advocated as one of the original Dutch singles that helped form the sound that dominates the House music world today.

Unsurprisingly, the response to a 2013 rework of the smash hit has evoked attention from an army of Dance music spearheads including: Tiësto, Bingo Players, Tommie Sunshine, Mastiksoul, Diplo, Chocolate Puma, Funkin Matt and Boddhi Satva to name but a handful. Road-tested and confirmed as a euphoria-inducing bomb for any of the world’s most illustrious dance-floors, “Toys Are Nuts 2013” is now unleashed to the world on Gregor’s renowned G-Rex imprint.

Seven years have passed since the original stormed onto the world stage in 2006 and those years gone by have clearly been busy for the pair who are both now recongised as leading forces in world Dance music. With demand high for a remake of the original, there was no one else who could take on the task other than the original creators and this is proved in the quality of the release, which pulls “Toys Are Nuts” out of 2006 and repaints it with a gloss that is ready to detonate any dance-floor on earth in 2013 and beyond.

Toys Are Nuts 2013 is available now exclusively at Beatport. 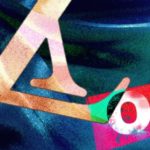 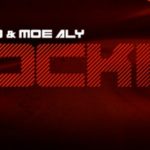