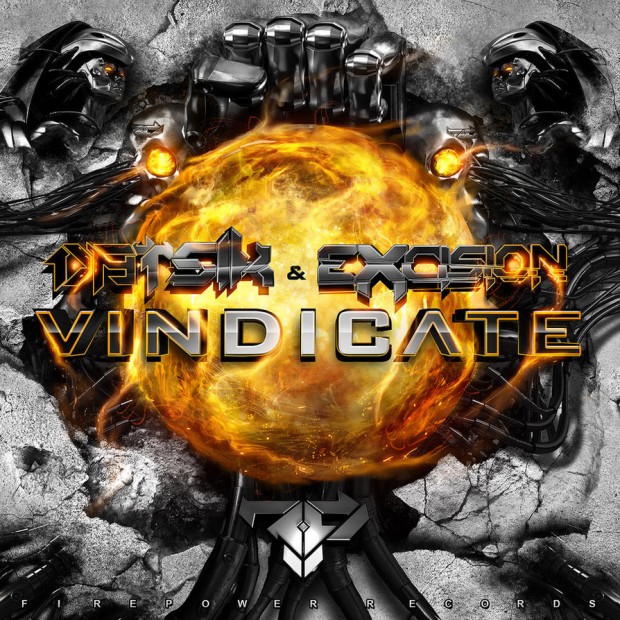 Rolling into 2013, bass music leaders DATSIK & EXCISION join forces for Firepower Records’ first release of the New Year with “Vindicate” out January 8. The track—a fan favorite as heard on DATSIK’s “Firepower” Fall 2012 tour—serves as first single from the first edition of his two-part Cold Blooded EP out January 22. This marks the first piece of original music from DATSIK since his debut album Vitamin D was released last April.

Both DATSIK and EXCISION hail from Kelowna, Canada and are known for their hard-hitting productions and high-octane DJ sets, but when they collaborate they form the ultimate powerhouse duo. The pair set the scene with an icy, menacing intro before unleashing a ferocious web of twisted beats and morphing, intertwined basslines. Bursting with pent-up energy and power, the track ricochets through the speakers with the kind of dynamic force that these two do so well.

This heavyweight track is the perfect way to kick off DATSIK’s 14-date “FIREPOWER RELOADED” tour launching January 9 in Ottawa, Canada. Joining him on various dates are supporting acts Brillz and GRiZ, along with two up-and-coming FIREPOWER acts Barron and Rekoil, who both recently released EPs on the FIREPOWER label, except on the Nashville date which will feature Paper Diamond and Savoy. On select dates, DATSIK will engage his one-of-a-kind “Vortex” DJ performance booth with groundbreaking, real-time 3D-mapping technology created by V Squared Labs, pushing the evolution of custom visuals and mind-altering effects. “FIREPOWER RELOADED” is also amping up the audio experience with an additional 50,000 watts courtesy of Canada’s PK Sound. Locked and loaded, the combination of DATSIK’s dark, dirty dubstep and V Squared Labs’ cutting-edge technology will be a marriage of mind-blowing sounds and visuals that cannot be missed. Tickets are on sale now for all shows at www.reloadedtour.com.

The “FIREPOWER RELOADED” tour dates are as follows: