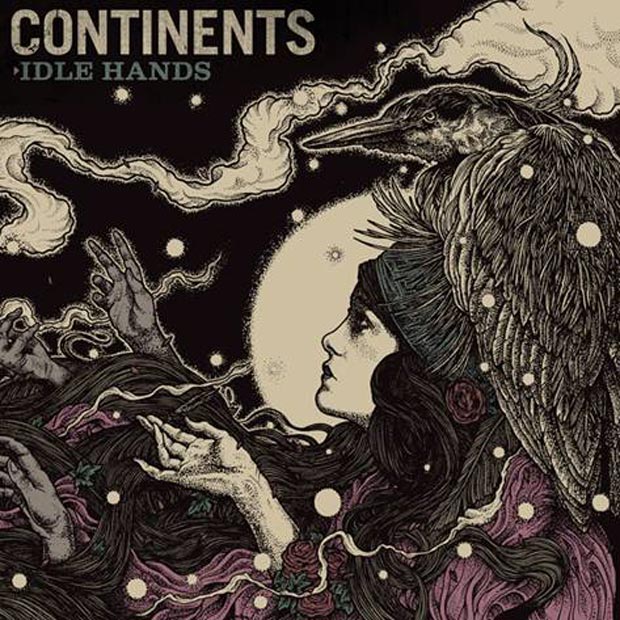 While the accompanying press release would get you preparing for a fairly generic metallic hardcore album, Welsh boys Continents have to get a thumbs up for taking the genre and giving it a right good shake up. Idle Hands effectively takes the blueprint of a genre bursting with a lot of bands who sound fairly similar and throws it right out of the window!

Not that there is anything wrong with the metallic hardcore sound, but one listen to the way Continents go about their business on Idle Hands will have you realizing how good this genre can actually be. Okay so it may not be as instantly accessible as some of the band their label liken them to (Emmure, A Day To Remember), but there is something magical about the rasping, throat-bleeding roars of Inhale or the heart-wrenching passion of Regrets that will quickly win you over.

Like I’ve already said though, where Continents do gain the extra mark or two is when they step out of their comfort zone and try something a little different. There is nothing more exciting than hearing a band attempting to push their sound through the boundaries and when these Welsh boys do it on the powerful “Loathe”, or the epic “Truth And Lies”, you’ll find yourself being mesmerized by their massive sound.

On the flip side of the coin, when Continents take it back to basics to go heavy they really go fucking heavy. In fact, there are moments during “Truth And Lies” where the Welsh boys drop a sound so heavy your teeth shake, your speakers vibrate and you’ll find your neighbours calling the police and. While this may only be one element of this pulsating album, it’s simply another reason why Idle Hands is the sort of release that you’ll be coming back to again and again.

Check out the song: “Idle Hands”