The Skinny: New Jersey’s progressive/regressive instrumental metal duo A Fucking Elephant has loaded up the shrimp wharf with several weeks of provisions for their latest string of shows. The January 2013 tour insanity will kick in this Friday with a semi-local show in New Brunswick, followed by over two weeks of additional cities throughout the East Coast and upper crust of the Midwest set to get the gruesome twosome’s mangled instrumentally-challenging/vocally-challenged live molestation. The duo is touring in support of their greasy new Seven Inches 7”, set for emission via the band’s own Nefarious Industries officially on January 22nd.

To help kick the tour off in style, today A Fucking Elephant have whipped out Seven Inches for your auditory displeasure via BrooklynVegan. Go wrap your legs (or ears) around both tracks just below.

Featuring two brand new A Fucking Elephant songs, including the hit single “A Bunch of Good Looking Roundeyes” as well as the opening love anthem “I’m Addicted to Drugs & Sex and I Want You to Choke Me,” the 7″ was recorded with engineer Colin Marston (Krallice, Dysrhythmia, Behold… The Arctopus). The wax pressing will be limited to 500 copies overall – 250 on black vinyl and 250 on yellow – and will be available early at the shows on the tour. 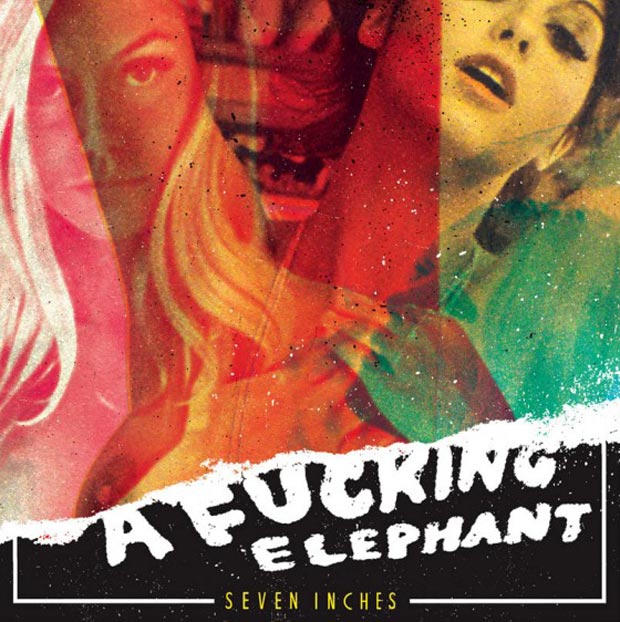