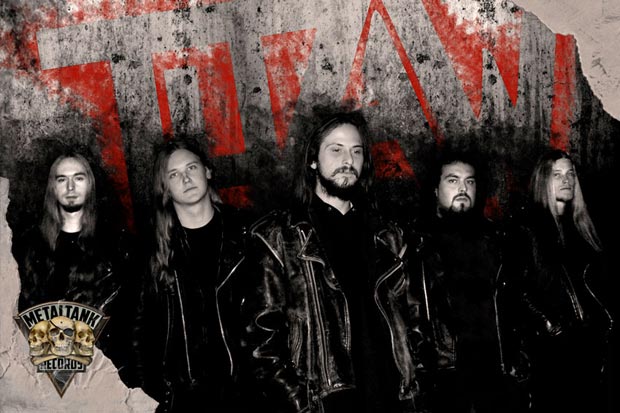 The Skinny: Thraw, the Slovenian thrash metal machine released the first single from their upcoming full-length album scheduled for release in 2013 on Metal Tank Records. The song entitled “Doomsday Code” can be heard via the SoundCloud player below. Be sure to hit the Metal Tank website for more information and stay tuned for the album release!

Metal Tank Records recently announced the signing of the Slovenian thrash metal machine Thraw. Thraw were then in an early phase of pre-production for their first full-length creation. The album was recorded in the following months. Expect a composition of fast riffing, crushing sound, technical dual-leads and atomic speed. The band commented about the upcoming release: “If you like the aggression, complexity and brutality of Dark Angel, Sadus, Razor etc., combined with the sense of melody, put into limelight by Forbidden and alike, then Thraw will surely become one of your favourite acts to bang your head on.”