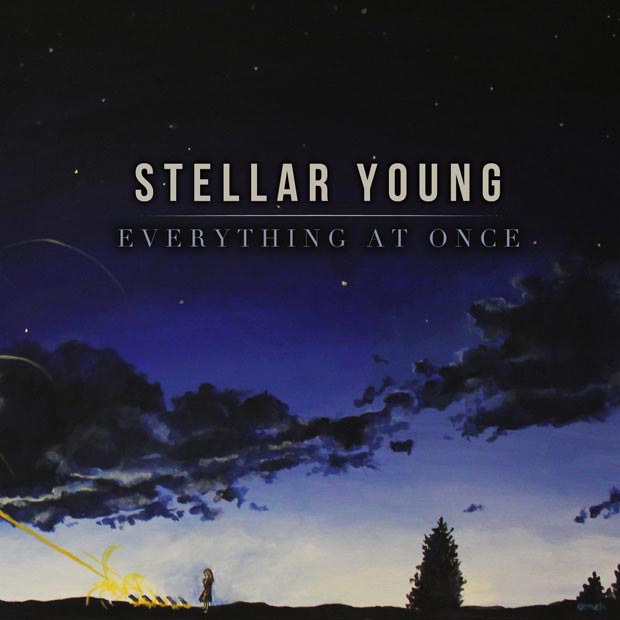 Stellar Young (a band you may know of by their former name, The City That Never Sleeps), is based out of Albany, New York. Originally from the Hudson Valley area, all five members have had a long and detailed upbringing in music. It didn’t take long for the band to get notoriety in their hometown of Albany as they were recently named “Best New Band” and “#1 Indie Rock Band” in the region according to the Metroland 2012 “Best of” issue and 2012 Readers Poll. Their appeal has spread outside of Albany into the northeast judging by the regular play they are receiving on major radio stations around the vicinity.

Recently Stellar Young released their newest record entitled Everything At Once online as a “pick what you pay” release at their Bandcamp page. The album was tracked mostly in the band’s apartment with producer Dave Parker, just like their last release Madison. They wanted to release Everything At Once as a free download with the option to pay because that’s the way they see the music industry has headed in recent years. If you opt for the physical release, you’ll get some musical interludes as well as a booklet with illustrations by Amanda Marie Eilis King (of AMEK Studios). Stellar Young are providing a good model of what it takes to be successful in the music industry today with not only their business sense but also their musical talents.