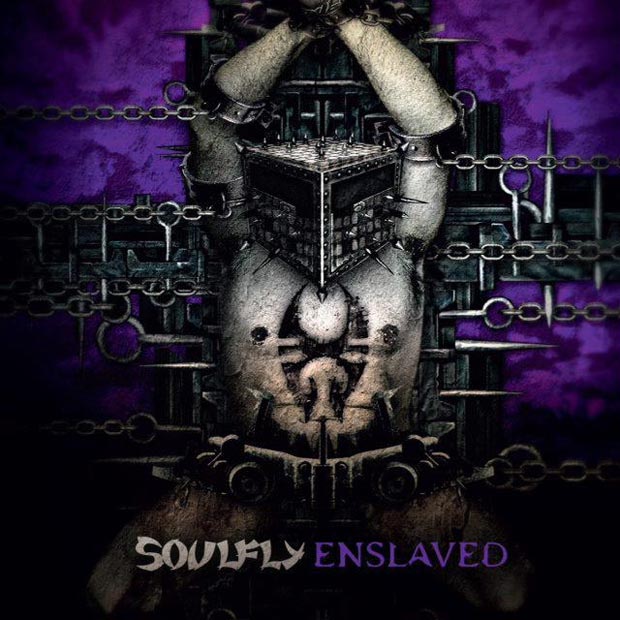 2012 is the year of the dragon! To us metal heads it’s also the year of Soulfly, a band who has captured our focus for the past 15 years now. To celebrate this anniversary the group has released their 8th offering, Enslaved, via Roadrunner Records. This album may debut new bassist Tony Campos (Asesino) and drummer David Kinkade (Borknagar) but in now way detracts from the band’s signature sounds.

The thrash masters have done it again, ripping it up with songs that create the most destructive circle pits the world has seen. Learning from their previous 7 albums, Soulfly has carefully recaptured the elements that have made them such an established group. Thrashing about with influences of death metal and groove metal, Soulfly has stayed away from the trend of slowing down. To help give an even stronger presence on Enslaved, the band has invited Dez Fafara (Coal Chamber, DevilDriver) and Travis Ryan (Cattle Decapitation) to go crazy vocally along side Max Cavalera.

This disc is top-notch and deserves to be heard by thrash metal fans everywhere! I would even use Enslaved as an introduction to thrash metal for newbies to the sound. Let’s hope Soulfly sticks around for another 15 years, pumping out 8 more killer albums!