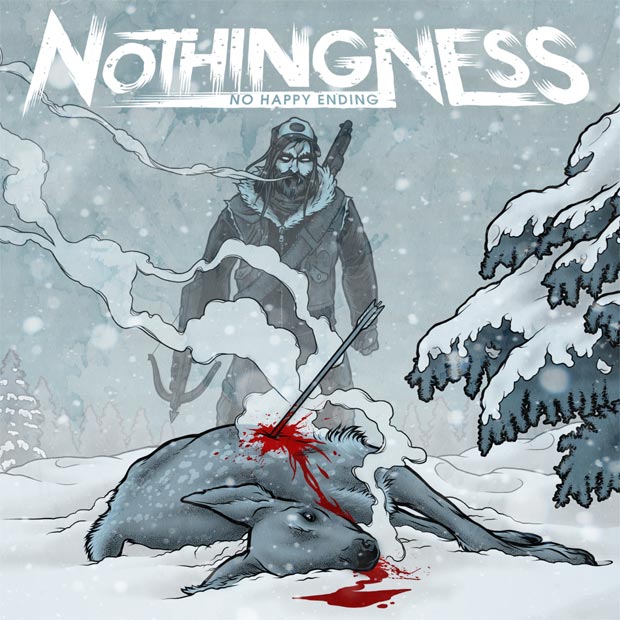 If you’re looking for an emerging band that is on the verge of becoming huge, then you’ll want to check out this free download of Nothingness’ “Highs and Lows.” Formed in 2006, Nothingness has been honing their blend of metal and hardcore ever since. The band hails from France and started out as a four-piece before adding second guitarist Pierre Charpentier after the release of their eponymous EP. After the initial recognition the band received, they decided to record a debut full-length album, Beyond Senses which came out in 2008.

Nothingness signed with Deadlight Entertainment and were on their way with a ton of touring, playing with high profile acts the likes of Suicidal Tendencies, Hatebreed, Biohazard, Terror, Walls of Jericho, Lionheart, and so many more. Enter the present time and Nothingness has recorded its sophomore effort titled No Happy Ending. Much of the record was recorded in August 2011 at the Outhouse Studios with John Mitchell, known for his work with Architects, Your Demise, and You Me At Six. Nothingness will be getting out on the road to promote their new record in 2013 so keep your eyes open for this very talented hardcore act.