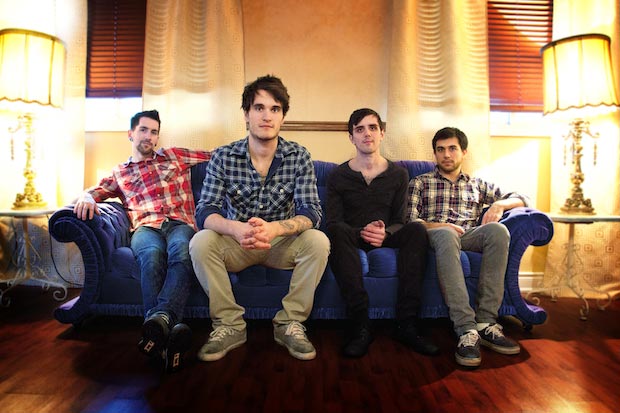 The Skinny: Canadian pop-punk band July released a song just in time for the holidays entitled “This Christmas.” You can stream it for free via the SoundCloud player below. Since the group’s inception in early 2010, the band has gathered a steady following in Ontario through a tireless work ethic and fantastic live show. Combining huge pop hooks with today’s pop-punk sound, July will appeal to fans of the genre both young and old.

After July released the debut The Best Nights EP in 2010, the band began to play regionally in Canada and slowly build a core fanbase. In 2012, July went back into the studio and self-recorded and produced the group’s follow up EP, MMXII, which shows the 4 piece’s ability to play Rufio and Yellowcard-esque guitar parts while maintaining its core pop roots akin to All Time Low. July toured different parts of Canada and even trekked into the US to support the new EP after its release in July 2012.