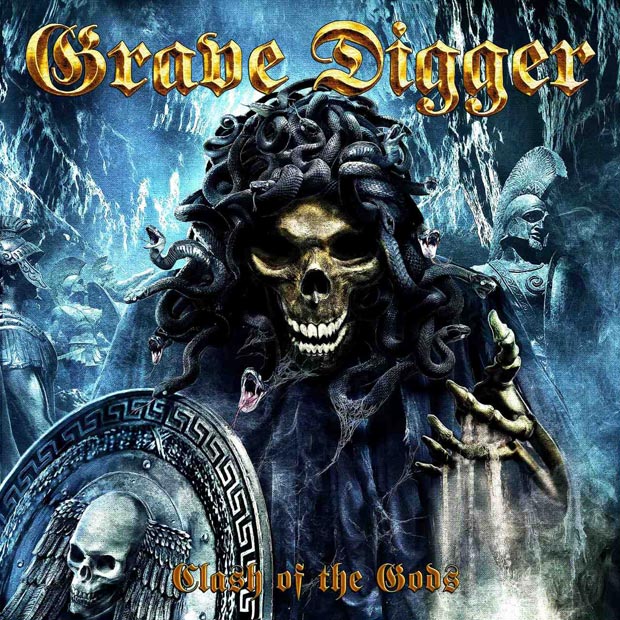 I’m kind of surprised that I’ve never before heard of German power metallers Gravedigger. Apparently they have been releasing albums since the 80’s, so you would think that in my own 25 odd years of listening to metal that I would at the least know their name! But no, I was shocked to find out they’re almost as old as I am!

Musically Clash of the Gods is pretty standard heavy/power metal stuff that is deeply-rooted in the old-school. Most of the songs have great choruses and that sense of “epicness” that makes metal the great genre that it is. Standout tracks include “Walls of Sorrow” and the title track “Clash of the Gods”. This is some good stuff, especially if you’re into old-school metal and power metal bands such as Judas Priest, Iron Maiden, Manowar and Accept.

Check out the song: “Home at Last”