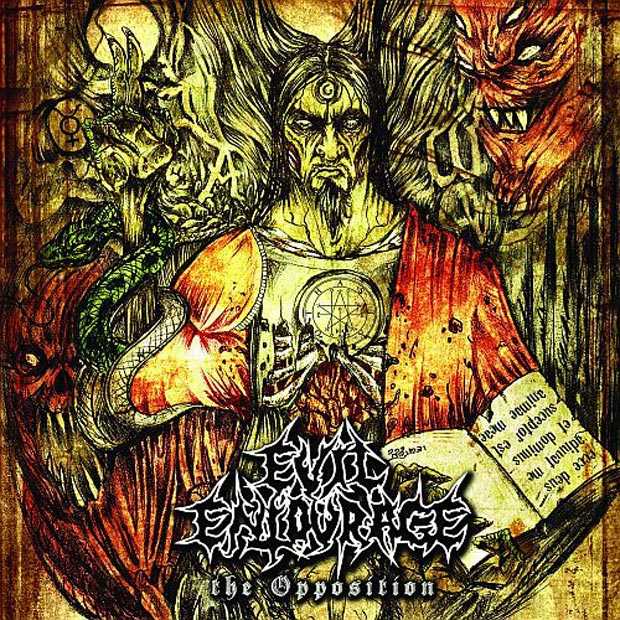 Evil Entourage are currently celebrating their eighth year anniversary as a death metal band. The group formed at the end of 2004 in Tampico, Mexico with the sole purpose of creating death metal their own way. The next year, they recorded their first demo Devoured by Holocaust which allowed them to begin touring their neighboring areas, distributing their demo entirely on their own at every gig they had. By 2007, Evil Entourage hit the studio to finally record a full-length debut record which ended up being titled Dominion.

For the next couple of years, Evil Entourage toured like crazy promoting their debut album all over Mexico, all the while preparing songs for a follow-up release. This ended up being 2010’s Desecrators which was released in the U.S. thanks to Butchered Records. Now in 2012, Evil Entourage has released The Opposition and the accompanying video for “Swathe To Blind.” 2013 looks to be a big year for the group as they have a European tour planned. Check out their hit song “Swathe To Blind” available here for free download!