Hailed by the international metal scene for their 2011 debut Man Or Machine (Sonic Attack Records) and for their celebrated appearances at various European festivals, Alpha Tiger has quickly become one of Germany’s hottest heavy metal newcomers. Due to epic compositions, catchy hooks and Stephan Dietrich’s powerful vocals (which are reminiscent of Queensryche’s Geoff Tate and Helloween’s Michael Kiske in their heyday), the band succeeded in living up to the positive feedback and is now ready to unleash their new album, Beneath The Surface!

All lyrical topics on Beneath The Surface are represented in the stunning cover artwork, which was created by Hungarian designer Peter Tikos (who also worked with the band on the Man Or Machine cover). Beneath The Surface was recorded this past Summer at Berlin’s Musicflash studio, engineered by Mirco Godi Hildmann, and mixed and mastered by Andreas Hilbert. Alpha Tiger is now offering a free download of the album track “We Came From The Gutter” as a special Christmas gift for fans. Download the song NOW! 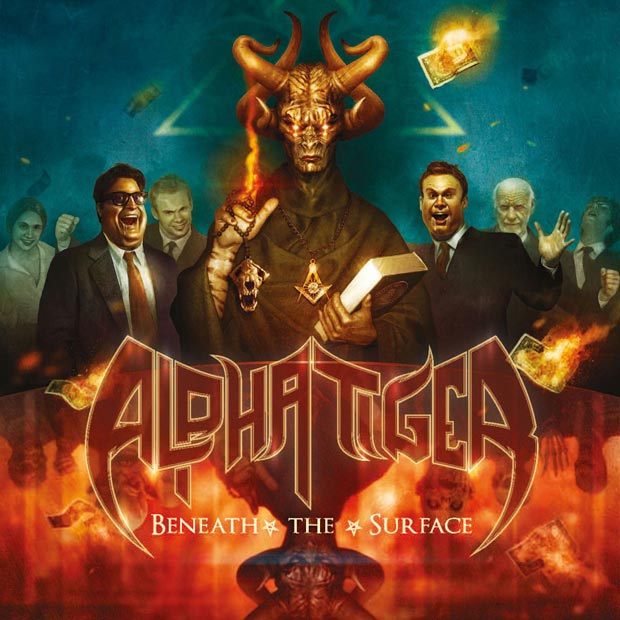