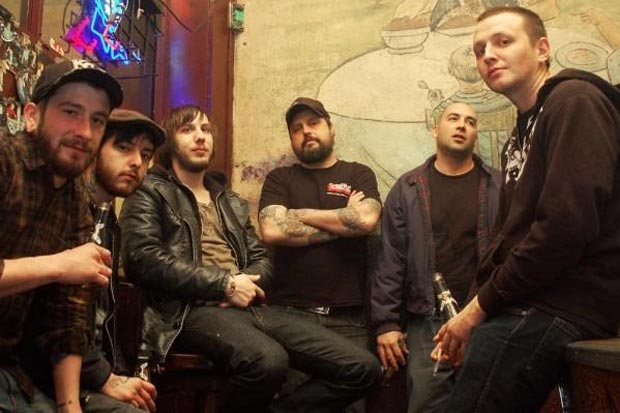 The Skinny: Denver’s Tin Horn Prayer released its new full-length album, Grapple The Rails, today via Paper + Plastick Reocrds. The entire album can be streamed now – check it out below! – and ordered digitally and on vinyl via the Paper + Plastick webstore.

Tin Horn Prayer delivers a rootsy, folky sound throughout the entirety of Grapple The Rails, but it’s executed in a way that won’t seem foreign to punk rock fans. The acoustic guitars and darker tones of the album pair up with the raspy vocals of Tin Horn Prayer’s three vocalists, and one of the lead off songs, “Rosie,” features Chuck Ragan from Hot Water Music.

The highs and lows on Grapple The Rails range from emotive to angry to intimate, but the only certainty is that the album is a must-listen. Fans of Frank Turner, Jon Snodgrass, Chuck Ragan, Joey Cape and others will find something to hold onto dearly here, as Grapple The Rails proves to be as good for listening to while driving in the car as it is as the soundtrack to a round of drinks. Don’t let any preconceived notions of the genre fool you – Tin Horn Prayer is a band to keep an eye on, as those closest to its hometown of Denver already know. 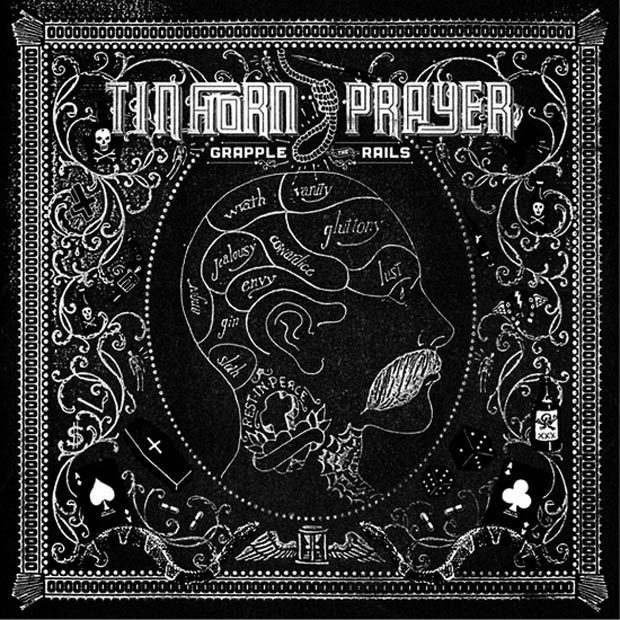