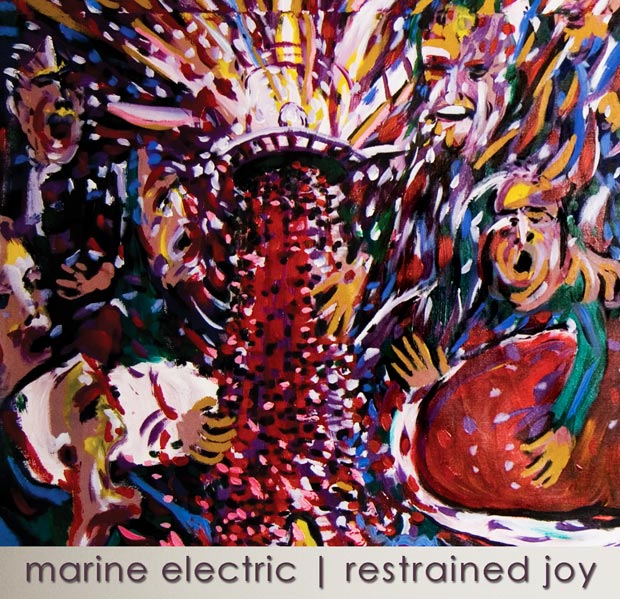 These Brooklyn rockers unleash a long-awaited debut record this week and it’s a tight affair which shows a ton of promise even if the immediate delivery is a tad underwhelming. Frankly, the album might as well be called “Street Guitars and a Handful of Songs”. Despite Marine Electric’s best attempts to craft a well balanced record – including the interesting pacing from the absurdly short “Pretty Good Day to be Alive” to the repetition of the dynamic “Sea Fever” – “Street Guitars” is absolutely hands-down a step above every song on the record, and with the exception of “Sea Fever”, “Ride It Out” and “Live Oak”, it’s a pretty large step.

Most of this stems from the unbalanced vocals between the three band members who all share some vox duties. The album’s best songs are almost exclusively carried and complimented by the gruff and pummeling vocals of guitarist Hunter Phelps. The more melodic vocals of Scott Fitzpatrick work well in some songs, most effectively in duet with Phelps as in “Sea Fever”, yet as a whole, Phelps’ vocals seem to work best with the music and mood of Marine Electric’s dynamic punk sound.

And that sound is important to recognize. Even throughout this misbalanced record, the music is sharp and feisty; bouncing and crackling in all its mid-fi glory. Restrained Joy’s only misstep seems to be one of judgment, and for a young and relatively inexperienced band, questionable judgment can be overlooked. This album has more than enough to be excited about, and a more direct play to the band’s strengths would cement Marine Electric as one of today’s strongest punk acts.

Check out the song: “Silver For Lead”