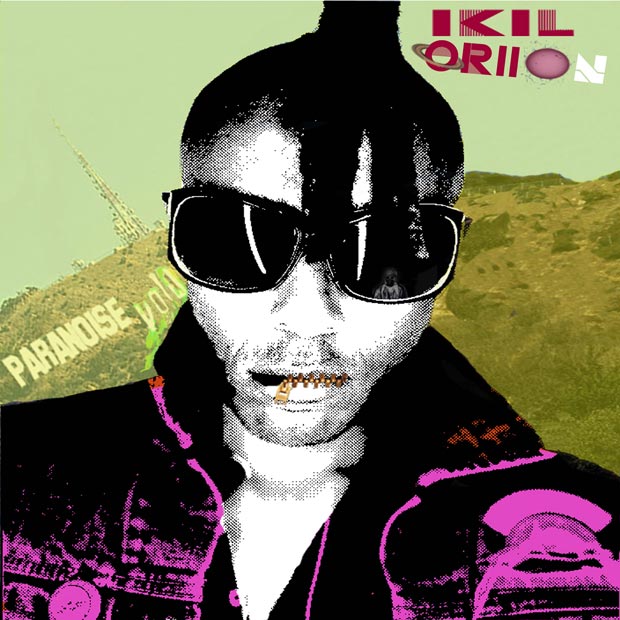 Featuring a sweet mix of punk, rock and even funk, Ikil Oriion’s 10-track debut release, Paranoise Void, features modern day guitar hero Rocky George of Suicidal Tendencies, Ska Punk legends Fishbone, UK Grammy winner Don Letts and Ivan Neville. The star-studded, guest appearance packed album is due out on December 12th and is one to add to your calendar! From the coming release, we’re pleased to offer a free download of the lead single “For Better ‘R’ Worse”. Boasting influences ranging from the Sex Pistols, The Clash to Depeche Mode and The Beastie Boys, if this track doesn’t make you want to check out more, then you probably just don’t appreciate solid punk/rock.

Ikil Oriion has a diverse background consisting of African-American, Native American Cherokee and French. He comes from New Orleans and already at young age he set out on his own with one goal… to take on the world of rock! Coincidentally, his name means “the brightest star in the galaxy” and that’s just what Ikil is vying for – rock stardom. When it’s all said and done, this is the path that the budding star is on. With the above-mentioned single already surpassing 150k YouTube views, plus public endorsement from Madonna and Yoko Ono, this Ikil’s upward trajectory is right on course. Watch out for more from Ikil Oriion soon.