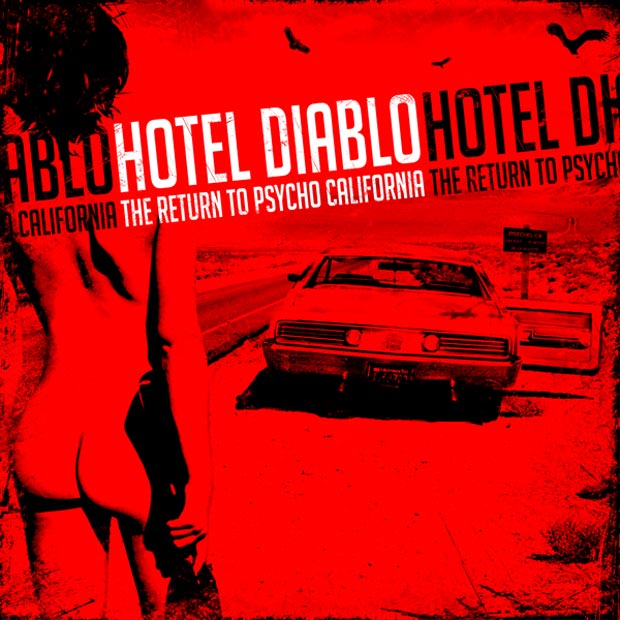 Hotel Diablo formed in early 2011, when vocalist Rick Stitch and guitarist Alex Grossi had just come off a grueling world tour with original Guns N’ Roses drummer Steven Adler in support of his tell-all biography. Upon returning home, Alex and Rick both departed the Adler camp in search of a fresh project. They would play a one-off gig in Hollywood with powerhouse rhythm section Mike Duda and Mike Dupke, at which everyone in the room had the same, excited feeling. The chemistry was undeniable!

Hotel Diablo’s full-length debut The Return To Psycho, California was produced by Gilby Clarke (Guns N’ Roses, Rockstar Supernova) with additional production by underground LA producer Matt Starr, and was released worldwide on September 25th via Scarlet Records. Entertainment One (Bush, Chickenfoot, Black Label Society) will be distributing the CD in the US. Legendary Los Angeles rock station 95.5 KLOS exclusively debuted “Bury You”, the first track released off of the album, to an overwhelming response in June of 2012. Now, you the fan get to take this hot new song with you for free!