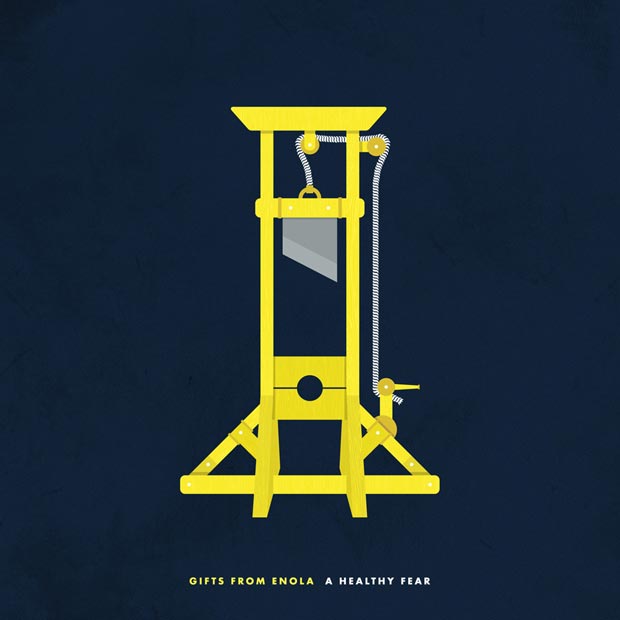 Gifts From Enola – “The Benefits of Failure” [Free Song Download]

Gifts From Enola is a band that has undergone a lot of maturation and evolving over the past few years. The Harrisonburg, Virginia quartet has made sure to change up their vision and style on each of their releases since 2006’s Loyal Eyes Betrayed The Mind. The year 2009 saw Gifts From Enola release the ambitious From Fathoms before the post-hardcore, post-metal hybrid of an album in 2010 with their self-titled full-length.

Now in the year 2012, Gifts From Enola just released the genre defying A Healthy Fear on November 13th. Showing no fear to trying anything, the group has come up with a fresh, new sound that is as inspiring and exciting as ever. The band recorded the album at Radar Studios in Clinton, Connecticut along with Will Benoit who has worked previously with Constants, Junius, Caspian and City of Ships. The record was not only released digitally and on CD, but also on vinyl. To promote the album, Gifts From Enola will be announcing tour dates for 2013 in the near future. Check out the track “The Benefits of Failure” available as a free download!