The Little Black Dress is a local Toronto five piece band that formed about three years ago. The group creates an infectious sound that perfectly blends the rock and pop music they grew up listening to in the 1990s. As of late, TLBD has had success in winning over Toronto’s music scene with their wicked live performances and their debut record, Spotlight. They’ve also become regulars at music festivals like Canadian Music Week and North By Northeast. We recently spoke to lead singer Dan Sadowski to learn more about this group, their music and their origins.

Each of you have been in an assortment of bands before playing together in this band The Little Black Dress. What brought you all together into this group?
Dan: When The Little Black Dress was formed, everyone was scouted very specifically and intentionally. Brian Seligman and I had many mutual friends, and had met at parties, and played on the same stage once or twice. Brian and I started playing together on the basis that we would find a drummer, bass player, and keys player as soon as possible. Brian and I went over a couple of songs that I’d written, and started hashing out some ideas that I’d had beforehand. Brian introduced to Lewis Spring, and suggested we get together for a jam session. Brian and I brought 5 songs over to Lewis Spring’s place to see how they translated, and after 1 session we knew he was our guy.

I only wanted one bass player involved in this project, and he was one of Toronto’s busiest at the time. I almost didn’t call him because I knew how in demand he was, and how many projects he seemed to be involved in. It was Damian Dobrowolski, who had grown up with Brian in London, and gone to school alongside Brian at University of Toronto in the Jazz program. We asked him over to the next session. He picked up the songs as any professional player would, and his vibe was awesome right off the bat. When we all got into the rehearsal space together, and starting playing out these songs, we were giddy with the tunes, the vibe, and the energy of the music and of each other.

We played together as a quartet for a while, talking about how keys and synth and solid backup vocals would fill out our sound. It was a matter of finding someone who we all got along with, and who was as into the band as all of we were. That person came a few years later, when I met Kyle Hohmann at Cherry Beach rehearsal space, practicing for a 3-month tour that we were about to embark on. We spent the entire 3 months singing the same songs, listening to the same tunes, and harmonizing vocals with one another. We both knew that he was the missing link in The Little Black Dress. His first show with the band was in March, a few months after our return from tour.

Check out the song: “I Won’t Hide”

How many bands would you estimate that you were in before The Little Black Dress? Were any of them successes, at least temporarily?
Dan: I’ve played in a number of bands, 5 or 6 perhaps? I left post-secondary school (Concordia, and then George Brown) to tour with a pop-punk band called Fiction City, whose name eventually changed to She Swings. We toured the US a number of times over the few years we were together, and played in every state in the continental US. Kyle and I played in Jesse Labelle’s band, and Alyssa Reid’s band, (both pop Artist on Wax/Warner Records) and toured across Canada from the East Coast to the West Coast and back to the East.

We were technically session players, hired guns, so I don’t think that counts. We have all been in bands over the years, some have garnered mild success here and there, but The Little Black Dress is my favourite; the band I have invested the most time, energy, sweat, money, et al into. Many of us are still involved in other projects. Brian is in a modern jazz band that tours once a year, Damian has an experimental jazz trio that gigs in Toronto, Lewis is a very busy session player as well. Everyone is very active and very busy.

Do you recall where the band’s first gig was? How many people would you say were in the audience and what was the reaction like?
Dan: The band’s first gig was at the now-defunct Bread and Circus in Kensington Market in Toronto. It was originally booked as an acoustic gig, when I had booked it a few months prior. It was June 23rd, 2009. The band worked so well together that we were show-ready in a matter of weeks. We were so excited about the show. People in Toronto began talking about the group of musicians involved in the project and, even though nobody had heard us before, we managed to sell out the venue. It was a true testament to the talent in the band – that it spoke so highly before anyone had ever heard us. People wanted to be involved in it.

Aside from developing a dedicated following in Toronto, you’ve also found a good following in Quebec. Have you played in any other parts of Canada or crossed the border at all?
Dan: We haven’t crossed the border into the U.S. yet, but are very excited to begin touring rigorously. We’ve been playing as many Ontario dates as possible, and try to get to Montreal as often as we can. Any bands that want to tour Canada, holler at us! 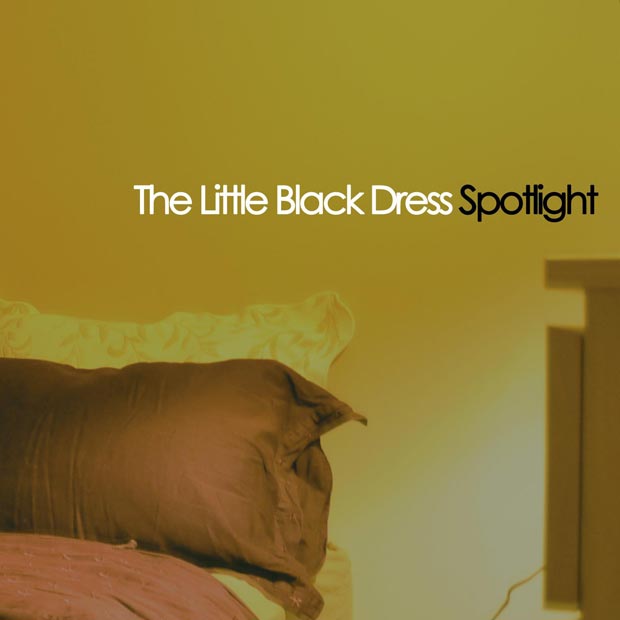 Your fan base is so dedicated that they now are addressed as the ‘LBD Army.’ What do you think it is about the band that you’ve developed such a dedicated group of fans?
Dan: To me, ‘fan’ is the same as ‘friend’. If somebody wants to hang out with you, and see you play, and listen to your music, and support you, and see you/help you succeed, doesn’t that just mean they are your friend? The LBD Army is a group of people who are really interested and excited about the band. The music we make, the shows that we play, the idea that we may be on top of the world some day, and that they were there at the beginning. I love hanging out with people before and after our shows, at other peoples shows, goofing around, talking, whatever. I don’t go and hide in the green room or sneak out the back – none of us do! We appreciate every single person that comes to support us, and I try to tell people that on an individual level as often as I can.

Do you find that a lot of the fans are following you around, driving hundreds of miles if necessary to get to your different gigs?
Dan: We have definitely had people from Toronto show up in Montreal, people from Ottawa, Vancouver, even Japan(!) show up in Toronto, people from Port Hope show up in Niagara Falls, etc etc. I am always so shocked and thrilled to see people from other cities show up at our shows. I always try and say thank you with a beer.

So after two EPs you’ve released your debut full-length called Spotlight. Are the songs on the record recent creations or have you been working on some of them for years now?
Dan: Many of the songs are new, some of them are older, and some of them are off of our first EP. We re-recorded all of the songs that had been previously recorded (except for “Call The Paparazzi”; instead we used a previously-unreleased version on the album). Some songs are written in minutes, while others take months on end to re-work, re-write, re-do.

Check out the teaser for the song: “Call the Paparazzi”

Did you all write Spotlight together or do one or two of you do most of the song writing?
Dan: I write the lyrics and basic ideas of every song. Sometimes I will write the riff, sometimes Brian will write it, sometimes Kyle will write it. Brian writes the lead guitar parts, Kyle writes the piano parts, Damian writes the bass parts, Lewis writes the drum parts. We all take direction very well and very openly. We all have opinions about what the others should be playing, and speak very openly during rehearsals and writing sessions. For our second album, I predict that we will all have a little more creative input on the song writing overall. Lately, Kyle and I have been writing a lot of songs together.

What’s your personal favorite thing about being in this band compared to other bands you’ve been in?
Dan: This is the most solid, most energetic, most fun, most professional, most well versed, well rehearsed, most disciplined band that I’ve ever been in. There are no egos and there is an uncanny amount of cooperation and support for one another. It is truly a very special project to be involved with. I am honoured and proud to be at the helm of this band, I love the guys for all of their intricacies and talents.

What’s next for The Little Black Dress? Tell us where we can check you guys out and what you’ll be up to in the near future.
Dan: The band is constantly updating our social media sites: Twitter, Facebook, Instagram, Tumblr. The best place to check us out is at www.theLBDmusic.com and take it from there – there are hyperlinks to all of our websites from there, and our entire album Spotlight is up there streaming. There is also a direct link to iTunes and our online merch store. We’ve also got a few music videos in the bank, and will be filming at least 1 more, possibly 2, in the very near future. Those will be uploaded to our Vimeo account. 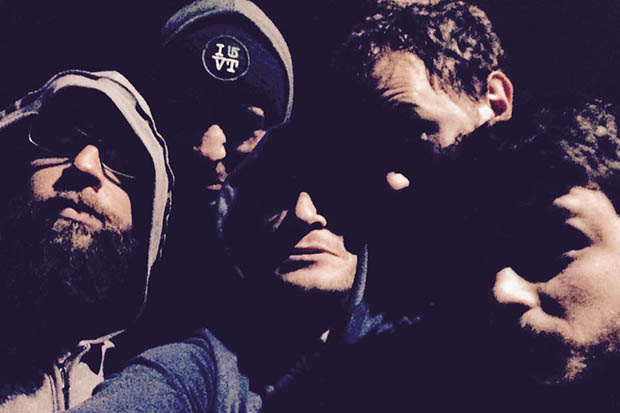